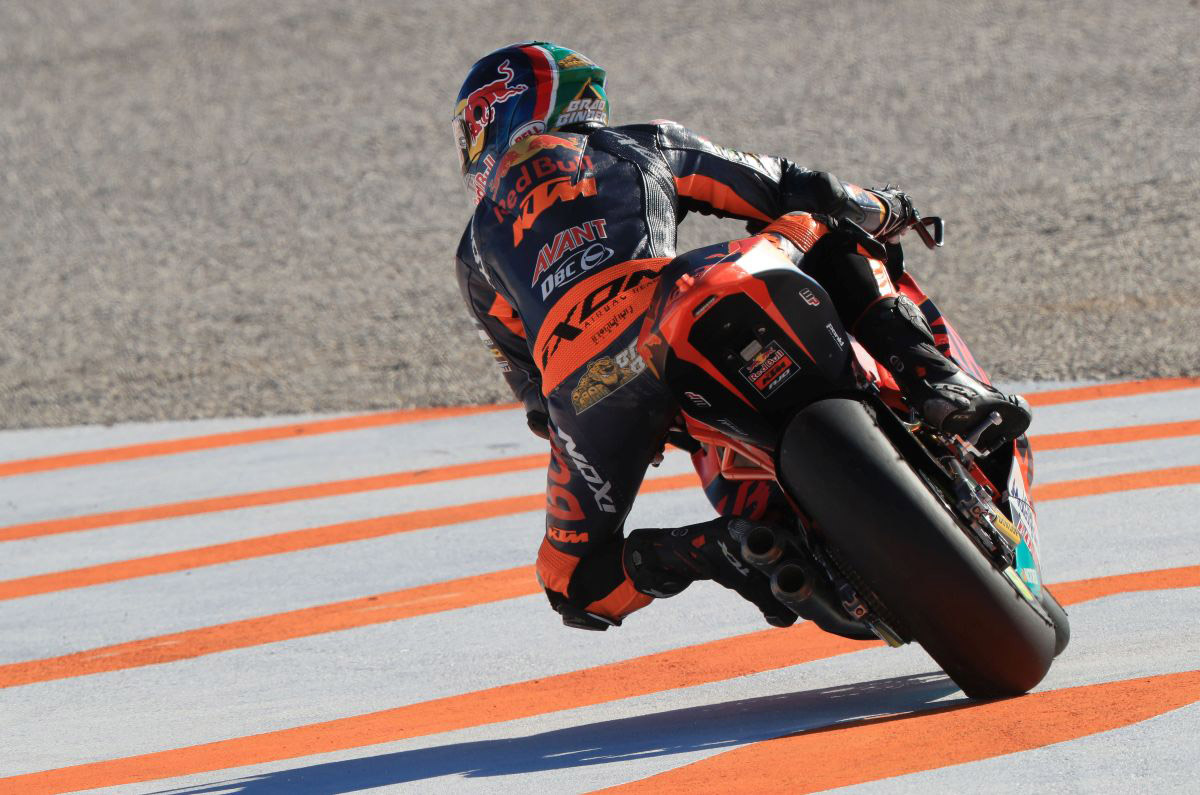 Brad Binder placed fifth in qualifying for the Valencia Grand Prix, continuing his excellent run of form in the final stages of the season.

Moto2 FP3 saw Brad and teammate Miguel Oliveira start by trying out a new top fairing, similar to that used by the KTM MotoGP bikes, for the first time, with both drawing positive conclusions. In the remainder of the session, they continued with the same dynamic as on Saturday, lowering their times for the third successive session. Oliveira and Binder were second and fourth, respectively, with times of 1:35.637 and 1:35.826.

In qualifying, the Red Bull KTM Ajo riders were inside the Top 10 early on. Brad made the first stop in the garage when in fourth place, and his time of 1:35.323 gave him an eventual fifth place.

After consecutive 1-2 finishes, Miguel and Brad will attempt to repeat the feat at the season finale, which gets underway at 12:20pm. Both have previously won at Valencia in Moto3: In 2015 and 2016.

#41 BRAD BINDER
“I’m very happy. My pace is the best I’ve ever had in Moto2. I have the feeling that I can set the exact same time on every lap. The KTM is working incredibly well, but we can’t afford to relax, because if so we might have scares like the small crash we had at the end of qualifying. I also know that we have room for improvement on several corners. I will give 110% tomorrow. I feel comfortable, I’ve never been so fast and I have nothing to lose, so I want to fight for the win.”