Brad closes 2017 with yet another podium at Valencia 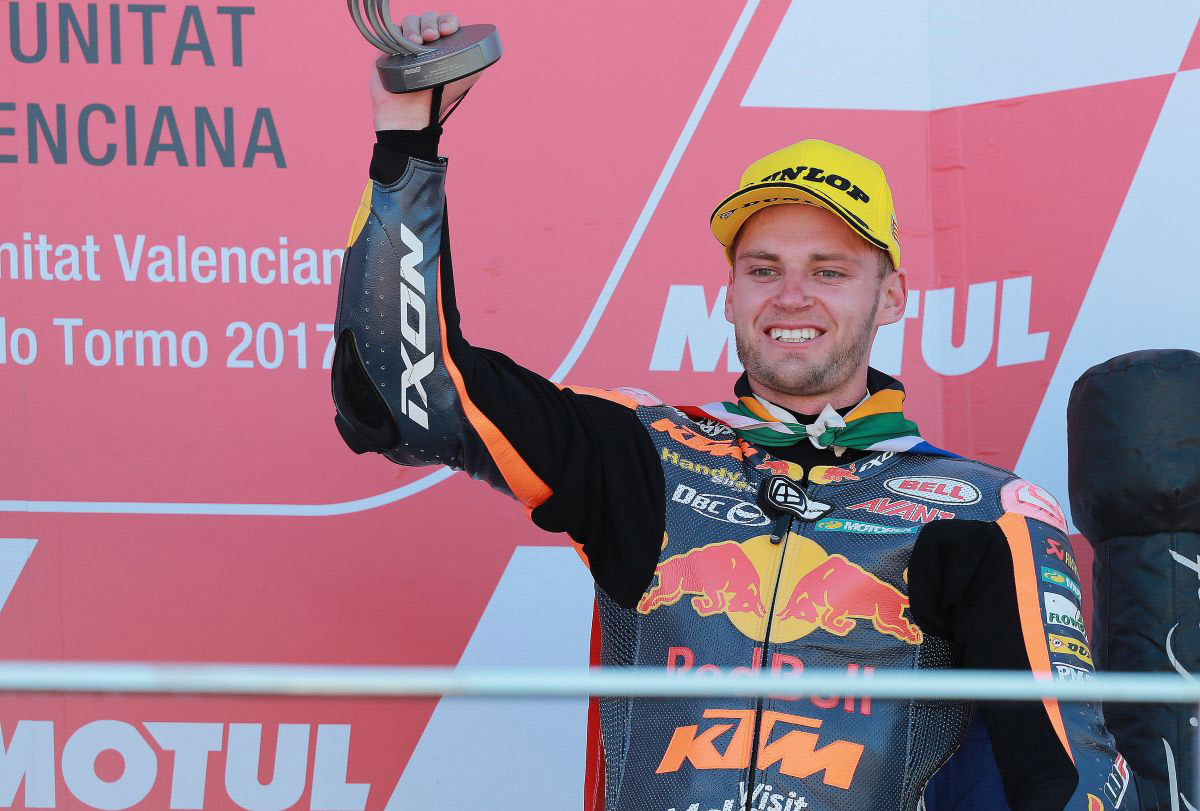 The first season for Red Bull KTM Ajo in Moto2 finished in the best way possible at the Valencia GP, as Miguel Oliveira took a third consecutive victory in the race and Brad Binder was also on the podium for the third round in a row, placing third.

Brad rode behind Oliveira and closed in on the podium spots for a final assault on Lap 12. Increasing his pace, the South African broke away from the rider in fourth, but was unable to catch the pair out in front. The 2017 rookie rounded off the rostrum and continued his excellent progress made in the final stage of his rookie season.

Brad finished the 2017 Championship in 8th place overall -125 points. Post-season testing at the end of KTM’s first campaign in Moto2 kicks off on Thursday at Jerez.

#41 BRAD BINDER
“I am very happy to be back on the podium. Unfortunately I made some mistakes during the race, but you learn from everything. I want to congratulate Miguel [Oliveira] and Franco [Morbidelli], because they did an incredible job both today and throughout the season. It’s an incredible feeling to think about how we started out in Qatar, finishing the race 20th and 34 seconds behind the winner, and to now see that we have taken three consecutive podiums. We have undergone an incredible evolution over the course of this year. Every time I got on the bike I learned something, I learned how to handle the KTM better and now I have almost mastered it perfectly. I look forward to seeing what next year brings!”