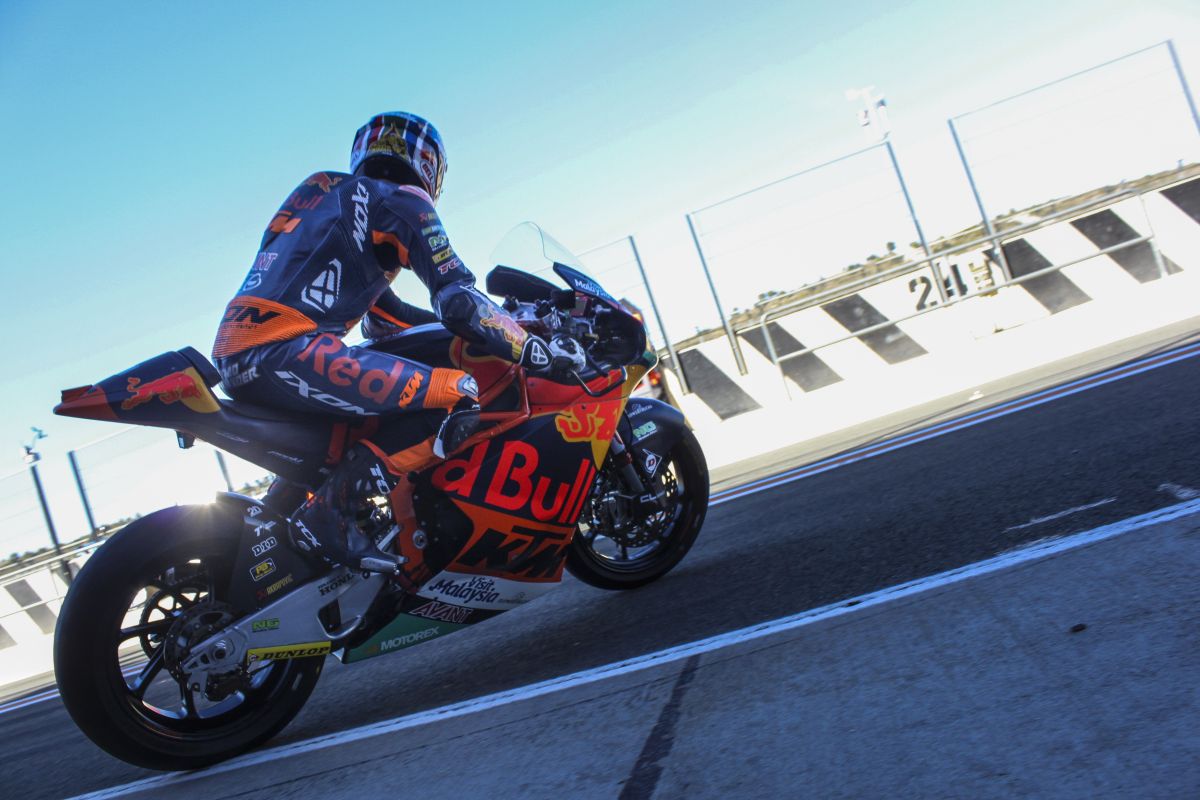 The Red Bull KTM Ajo riders rounded off their on-track activity for the year with a final test at the Ricardo Tormo Circuit, where Brad Binder and teammate Miguel Oliveira once again showed their good progression with the KTM bike they are developing for 2018.

After two days of testing in Valencia, both confirmed their good feeling on next season’s bike before taking a well-deserved winter break.

During the first day of testing, Brad and Miguel enjoyed the same level of comfort that had allowed them both to place on the podium in the season finale. Despite not having a transponder available for official timing, they set some of the best times of the day.

On Tuesday, the Red Bull KTM Ajo duo were again among the fastest riders on track with Brad fifth with -1:35.386- putting in 66 laps, respectively. The results confirm the excellent immediate improvements made by KTM.

The next time that the Red Bull KTM Ajo riders will be on track with their KTM bikes will be next February, following the obligatory winter break.

41 BRAD BINDER
“This test has gone really well. We tried many new things and some have given us very positive results. Overall, I’m very happy. I can’t believe that the year is over; I just felt like I was starting to get warmed up after the last three races, which were great. I’m looking forward to this break. I want to train very hard to return stronger next year and be ready to fight from the opening races.”