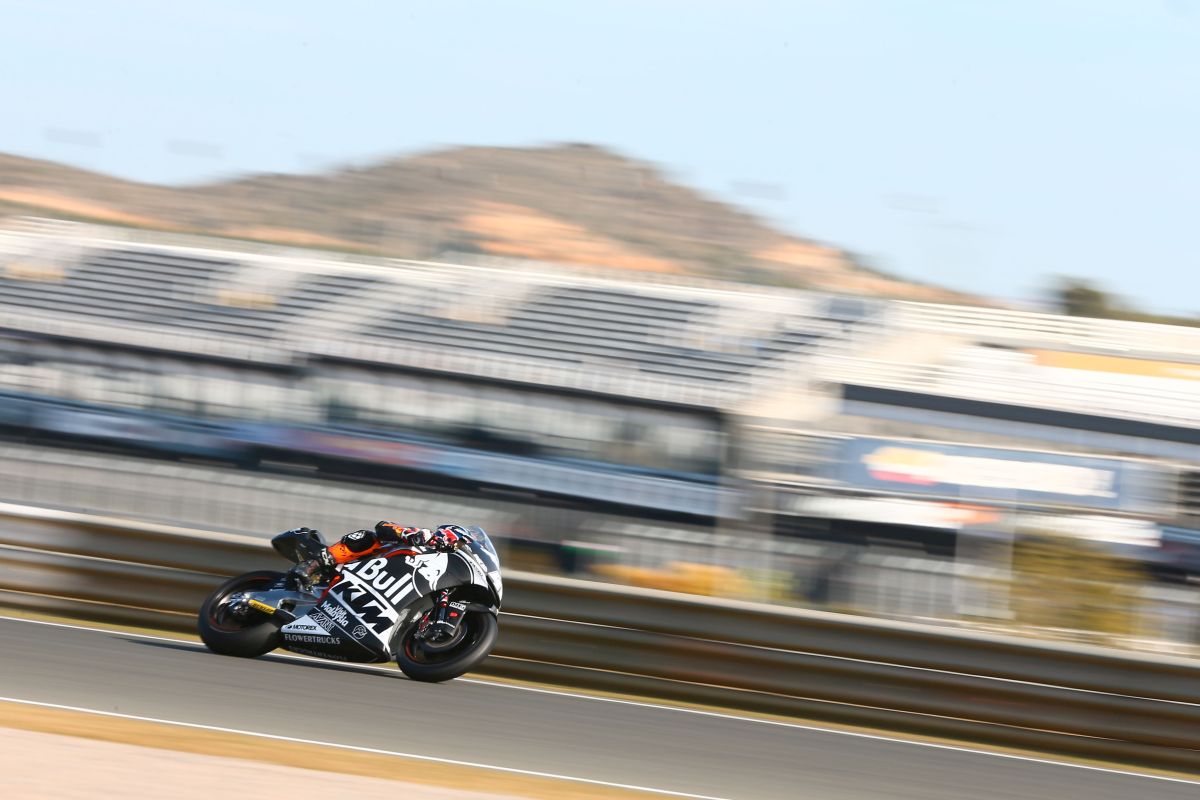 This Thursday saw the conclusion of the first official tests of the 2018 preseason in Valencia. Brad Binder and Miguel Oliveira completed their second day of testing, improving on the times set yesterday despite the low temperatures that have affected the entire week.

On the combined timesheet for the two days, Brad finished in tenth place.

The 3ºC track temperature in the first hour of the morning session made it unviable for the riders to go out. The Red Bull KTM Ajo Moto2 riders were able to get on their KTM machines in the second and third sessions, however.

Brad achieved his best lap time of 1:36.881 -56 laps- in the second session, and like his teammate, dedicated time to getting comfortable onboard his KTM and starting to try out small setup adjustments.

Next week, from February 12th to 14th, the Red Bull KTM Ajo will be at the Jerez Circuit in search of better weather conditions and more track time.

#41 Brad Binder
“This last day in Valencia has been fairly good. Lap after lap I was feeling more comfortable and this is because I felt rusty after so much time off the bike. It hasn’t gone badly, but we still have a lot to improve. The most important thing is to keep upping the pace every time we go out on track. We have tried some small setup changes that have given us all kinds of results. It’s time to try them again in Jerez and draw conclusions.”