Pre-season Interview with Brad Binder: “I feel just as prepared as 2016” 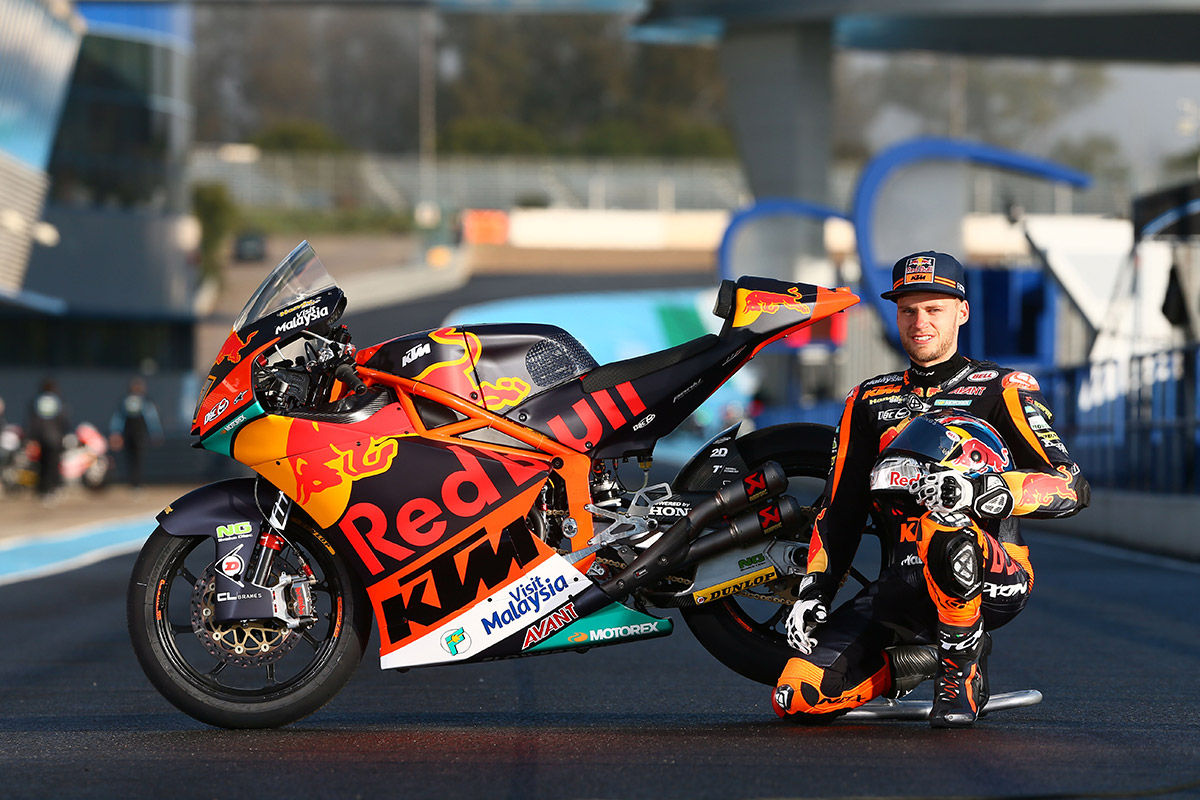 Unlike last year, when he struggled with an injury for half the season, Brad Binder arrives at the start of the 2018 World Championship 100% fit. Third in the final preseason test at Jerez, the 2016 Moto3 World Champion faces his second campaign in the intermediate class with the desire to consistently place among the top riders.

Are you ready for this first round in Qatar?

“When we started the last test in Jerez, I wasn’t sure, but we had a very positive final day. We tried out different things and all the results were very satisfactory. Although they seemed like very small changes, they allowed us to set some very good times.”

Has the bike changed a lot compared to the end of last year?

“There are parts that are different. However, the most important change has been the setup with which we have worked. We had two very different setups; One allowed us to clock a quicker lap time with new tyres, but at the same time we lost grip and it was more difficult to maintain a steady pace. With the other setup it was exactly the opposite. Finally we discovered a new setup that allows us to achieve a good fast lap and also run a consistent pace.”

How different is the start of this season compared to last year?

“For me it is a very different situation, because I start the year at full fitness. Last year, on the way to Qatar, I was not sure if I was going to be able to ride for a whole weekend. After 3 or 4 laps I was already beginning to feel pain in my arm and my head just wanted to disconnect. This year we had a great preseason; This is the first time I’ve been physically stronger than before my injury. Now I’m ready to do everything and I can train normally in the gym, which I couldn’t before because I was not 100% fit.”

How do you see the Moto2 Championship going this year? It seems that it will be very tight at the front.

“The lap times are tighter than ever. If you look back over recent years, there was always a rider who was out ahead in each session. One year it was Zarco, another year it was Morbidelli… This year, although in the first test there were always one or two riders with a small advantage, in recent weeks that has changed and there has been a larger group. Everything is very tight but I am convinced that we will be very competitive.”

This season there are more KTM bikes on the grid, with riders who could be strong. Is the fact that there are more bikes like yours a help for you, or does it just mean even more competition on track?

“I think it’s good to have more riders with the same bike as you. The KTM is an incredible bike and I’m sure that everyone who has tried it has liked it. In the end, it’s not important what bike you have, because you have to beat everyone. I think it could prove to be positive because they can find something new for us and vice versa. You never know.”

What is your goal for your second year in Moto2?

“My goal for this season right now is to start out at Qatar with a good position. I want to work very hard during the weekend, so that I can finish the race in the way I finished races at the end of last season. I would love to be on the podium, but as long as I am strong, I feel comfortable with the bike and I am fighting for the front positions, I will be glad.”

You are already one of the favourites for the title -just like in 2016, when you became Moto3 World Champion. Do you see any similarity to these two stages of your career?

“I feel like they are a bit similar, yes. I feel that I am coming into the first race in the same kind of condition as that year. My training program is the same, I feel in incredible physical shape and I feel very strong on the bike. All of this makes me feel comfortable and relaxed. We know perfectly well what we have, and we understand the bike very well. When we have problems we know how to get out of them and we have all the data from last year, which is very good to have. All these things are very important for being able to work well, in order to have an incredible pace during practice and get to the race very well prepared.”

How do you see Miguel [Oliveira], your teammate, doing this season?

“At the end of last season Miguel was the strongest rider. He won the last three races. He did an incredible job last year, and that is one of the reasons why we have an incredible bike this year, because he was fast from the beginning and this gave us a good base to work from at each one of the circuits.”

“My goal now is to fight for the top positions at every race. If I can do that, then I will be happy with what we have done at the end of the season and I will be willing to move up to MotoGP. Right now I am only thinking about Moto2 and about learning. Last year I was not competitive until the last three races. Until I feel prepared, I’m not going anywhere.”

What is it like being in the same structure as your brother Darryn?

“The good thing about being alongside my brother is that we travel together and we stay in the same hotel; all this makes things easier. Last year we shared a circuit but we didn’t really see each other, because we were busy doing things. Now I will have time to give him everything he needs so that he can grow and be a better rider.”

What is the state of MotoGP in South Africa? Has it changed with your successes?

“In the last two years I have noticed that there are more people watching MotoGP. It’s a little weird because sometimes, walking around the shopping centres, there are people who recognise me. Before it was not like that at all. I think MotoGP is a big sport now in South Africa, people get engagement with any sport when there are athletes from their country. I like seeing that I have support back home. I hope to repay it with good results so that they are proud.”