Top ten for Brad on day one at Qatar 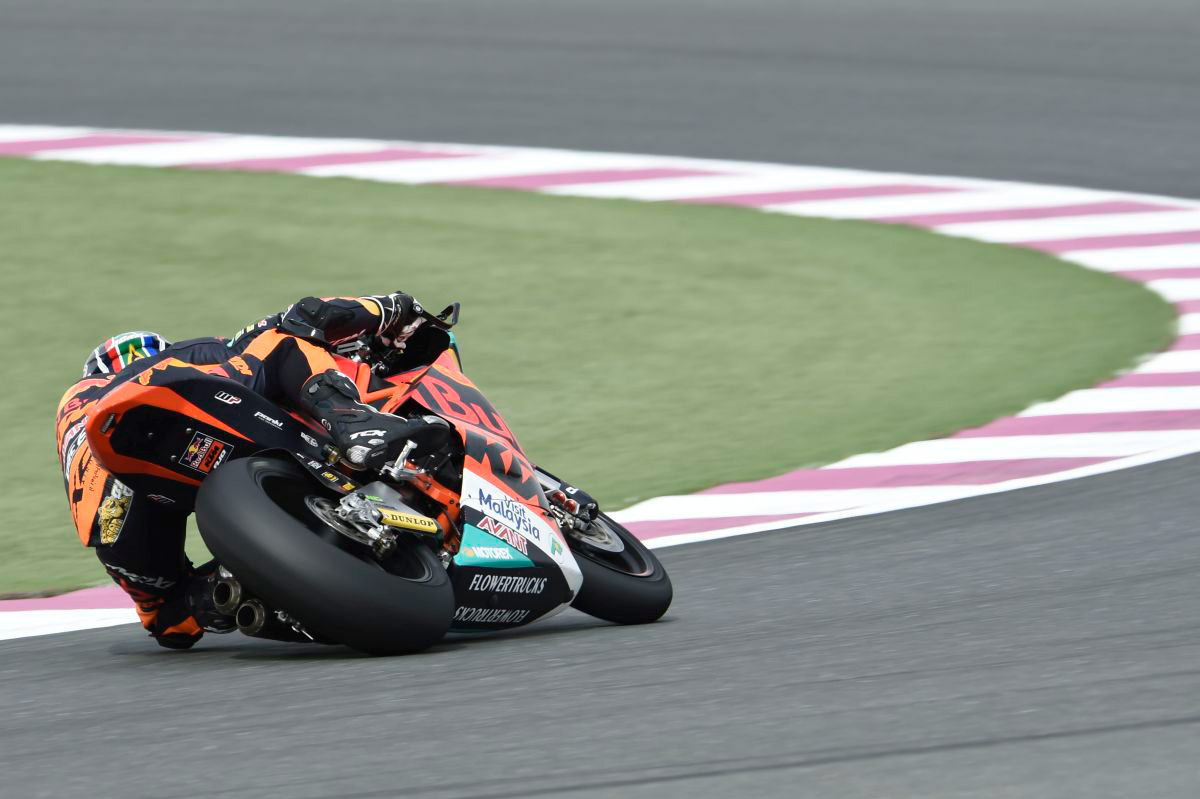 The countdown came to an end this Friday and the 2018 Moto2 World Championship season got underway at the Losail International Circuit.

The Red Bull KTM Ajo riders carried on from their good preseason performances in FP1 and FP2, and were permanent fixtures in the Top 10. In the combined final timesheet, with Brad Binder ninth and teammate Miguel Oliveira sixth; 11 riders were separated by just half a second.

The Red Bull KTM Ajo riders adapted perfectly to FP1 taking place by day, with an asphalt temperature of 43ºC. Brad had a good start, with the tenth best time of 2:02.352 -just 7 tenths off the fastest rider.

With the floodlights on for FP2, both riders improved on their previous best times in the first half of the session. Both looked to work on their race pace, but Oliveira and Binder followed different strategies. While the former, who placed sixth, made two pit stops and set his best time of 2:01.106 on his final run, Brad only stopped once, just after clocking his best time of 2:01.324 -ninth.

Tomorrow the pair will try to set quick times in qualifying to place as far ahead on the grid as possible. The session starts at 5:40pm local time -3:40pm CET. Last year, Moto2 QP was cancelled due to rain.

BRAD BINDER
“This first day of the season here in Qatar has gone very well. With every lap I did, both in FP1 and in FP2, I felt more comfortable. We tried different setups with different tyre compounds and we felt quite comfortable with all of them, so it has been very positive. In FP3 tomorrow we must work more on aspects relating to the race and finish the day with a good result in qualifying, to allow us to start from a spot that gives us the best chance on Sunday.”