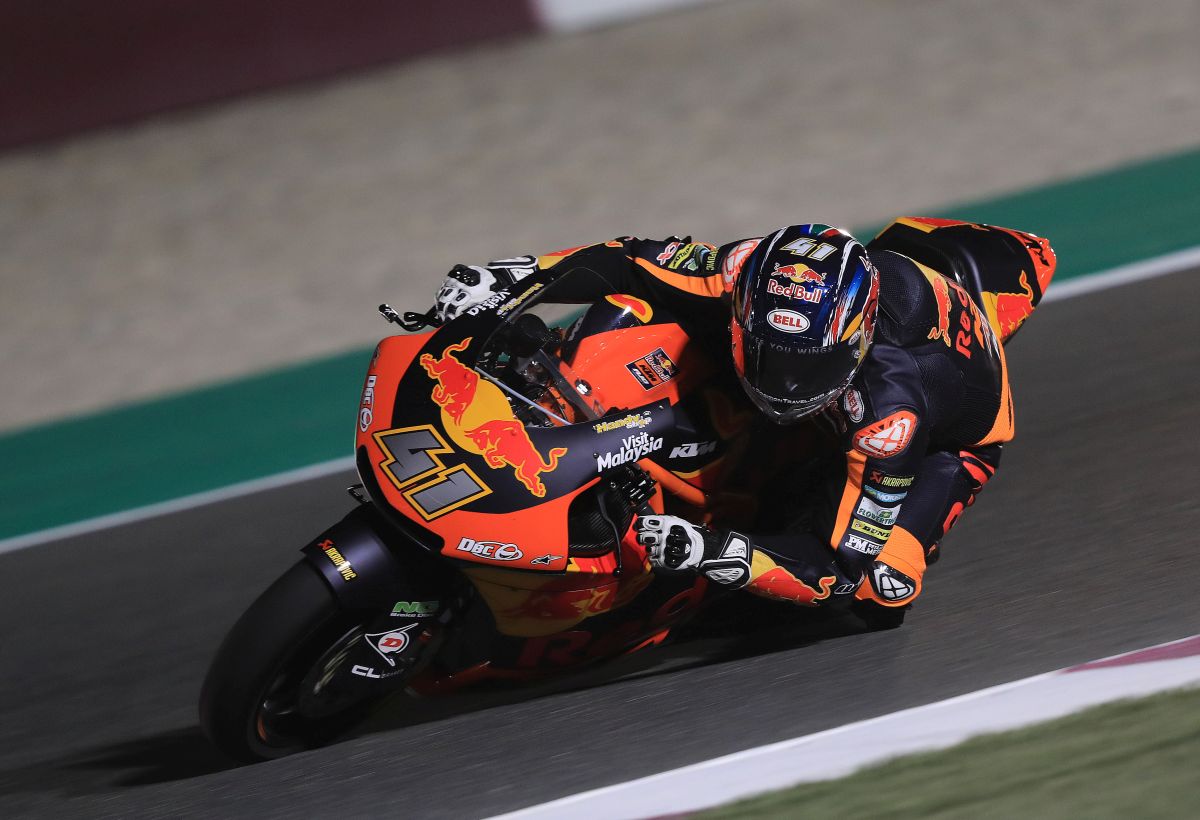 The starting grid for the first Moto2 Grand Prix of the year was established this afternoon at the Losail International Circuit. Brad Binder and teammate Miguel Oliveira continued with the good feeling they had yesterday, completing two positive sessions.

In qualifying it was eventually a thirteenth place for Brad, who for the first time this weekend found himself outside the Top 10.

Oliveira and Binder focused on finding a fast race pace in FP3, although their good work meant that they were always in the Top 10 throughout the session. Although no rider on the grid improved their times from yesterday, the Red Bull KTM Ajo duo had an excellent final few minutes to finish third –2:02.126– and fourth –2:02.242– respectively.

Unlike on other occasions, Oliveira and Binder ran a single stop strategy in qualifying. It was on their first stint that they were highest up the order, going into the pits in second and seventh position and with Oliveira setting his best time of the weekend: 2:00.846.

When they went back out on track, both had a hard time upping the pace. Binder would only do so on his final attempt, matching his best time from yesterday. Miguel Oliveira was fourth and Brad Binder thirteenth –2:01.338– respectively, at the end of the session.

BRAD BINDER
“Honestly, qualifying didn’t go as we had wanted, and it’s a shame because we had a good feeling from FP3. At the start of the session we struggled a little, and I thought that it was because I was trying to go too fast in the wrong places. In the second stint I tried to reset and start over again, but I didn’t feel that I could get on the gas when I wanted and that stopped me from going fast from corner to corner. I think that we could have got a better result, so I’m disappointed, but fortunately the race is tomorrow and I think that we can do better then.”