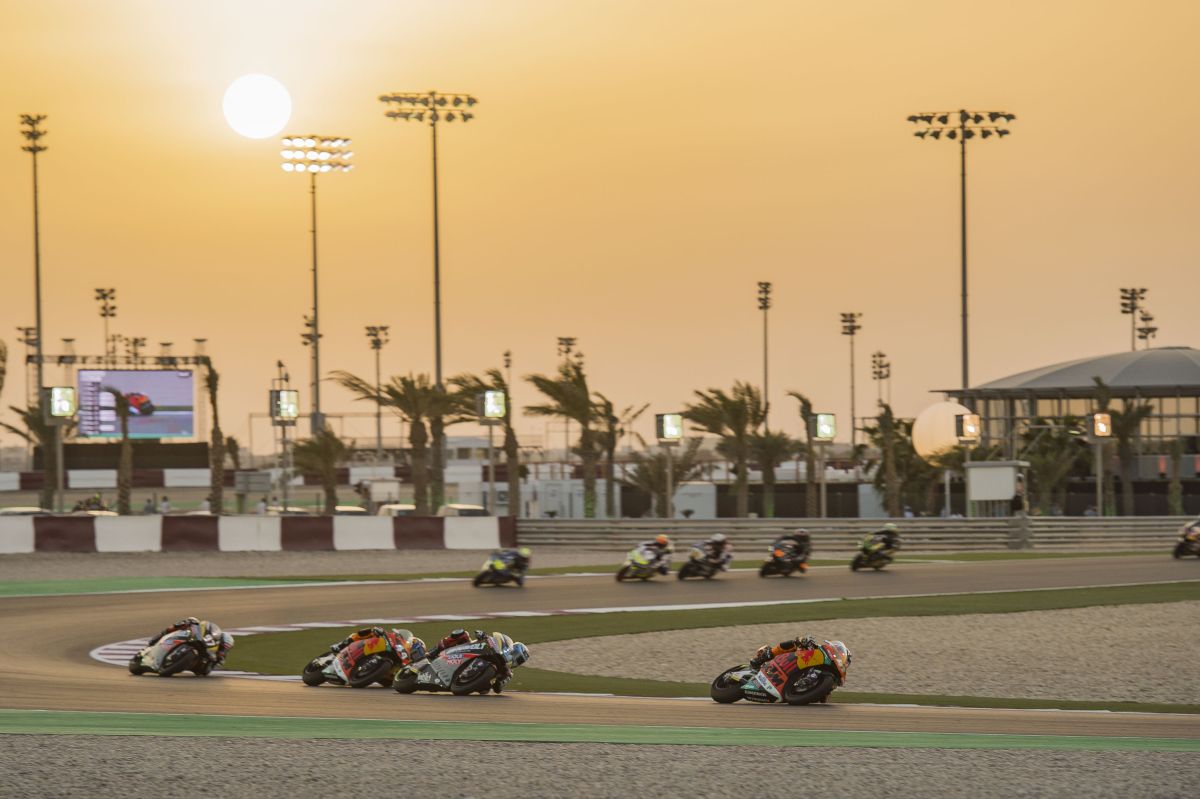 The 20-lap first Moto2 race of the year, held at the Losail International Circuit, saw plenty of excitement to kick off the season. The Red Bull KTM Ajo riders both performed well after a difficult start: Miguel Oliveira and Brad Binder rode alongside one another for the entirety of the contest, with Brad eventually crossing the line in sixth position.

The start of the race was one of contrasts for the two Red Bull KTM Ajo stars. Brad slotted in behind his teammate, having gained four places in the early going.

From that moment, the two were part of a group of five riders involved in the fight for fourth place. After several changes of positions, with five laps to go Oliveira was in fifth, followed by Binder, and they held these places through to the chequered flag.

The second round of the season, which takes place from April 6th-8th, will be the Argentinian GP. Last year, Red Bull KTM Ajo achieved their first podium and pole position there through Miguel Oliveira.

BRAD BINDER
“This wasn’t the race that we were hoping for in Qatar. Throughout the weekend I felt very good, especially this morning in the warmup; I was very comfortable and riding was easy. However, yesterday in qualifying I had some problems with the sandstorm and I struggled to find grip then -although I thought it was a problem with the tyres. Today the track wasn’t sandy but the problem continued, so it wasn’t easy to go fast. The positive thing is that we got some good points from the first race of the year, and it’s a better start to the season than last year.”