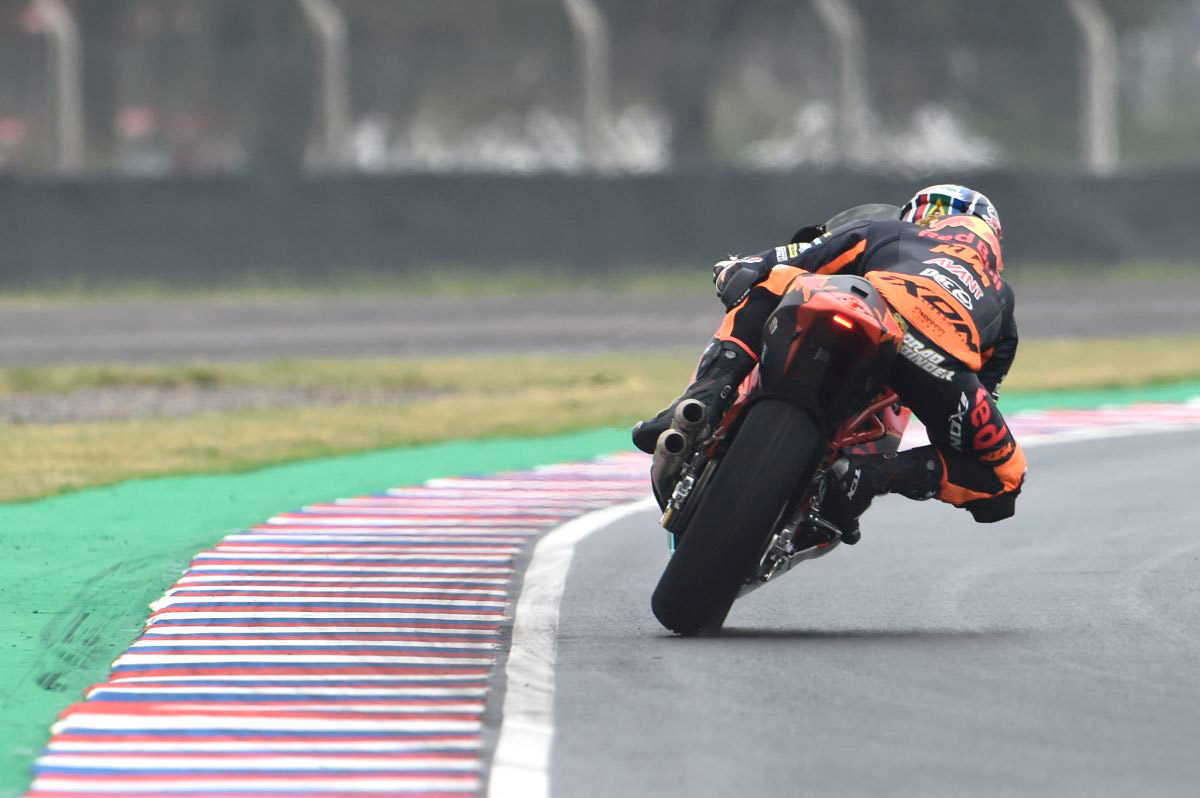 The rain played a big part in the second Moto2 World Championship qualifying session of the year, held this afternoon at the Termas de Rio Hondo circuit. Brad Binder had been inside the Top10 for every practice session, but in qualifying he placed sixteenth. Despite this, he is confident that he can fight for the podium in tomorrow’s race.

Intermittent light rain during FP3 allowed the Moto2 riders to try out wet tyres on the track for the first time, on an asphalt that has been partially resurfaced this year. The Red Bull KTM Ajo riders were competitive in such conditions, with Brad’s teammate Oliveira in third position -1:57.880- and Brad himself in sixth -1:58.571.

The rain fell again right as Moto2 QP got underway. This meant that both Oliveira and Binder hurried to set a good lap time before the asphalt condition worsened. Both achieved their best lap times in the first 15 minutes. In fourth and eighth place during most of the session, changes of positions in the final minutes relegated them to seventh -1:57.006- and sixteenth -1:57.898-, respectively.

BRAD BINDER
“Qualifying didn’t go as we’d planned today, although we didn’t feel bad in the wet conditions in FP3. When I tried to push on my first run in qualifying, I didn’t feel comfortable on the bike, and after my first stop it was raining a lot and I knew that the track was wet -and that the grip level would be lower. There was more grip than I thought in the final minutes, but I felt it when I was on my final lap. It wasn’t the session that we were hoping for, but fortunately the race is tomorrow. I think that I will be able to do a great job in any conditions.”