DNF for Brad in Argentina 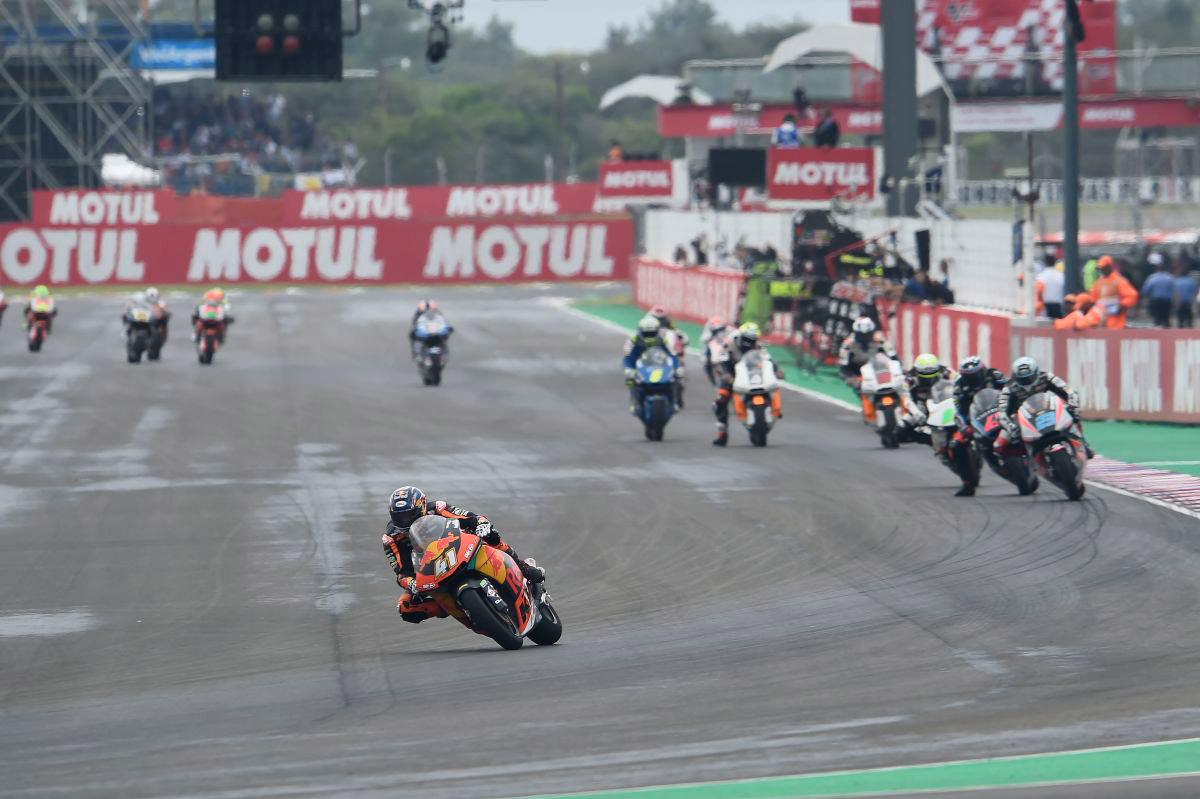 The 23-lap contest at the Termas de Rio Hondo circuit provided a big challenge for the intermediate class, due to the presence of damp patches around the track. With the entire grid choosing to run slick tyres, Brad Binder got off to a good start. On the second lap however, he was involved in an incident with another rider, and crashed at Turn 13.

Brad lies tenth in the overall championship standings, with 10 points. The next round of the Moto2 World Championship season takes place on April 22nd, in Austin, USA.

BRAD BINDER
“It has definitely not been a good day for me. I think I made a good start, but there were few dry lines and it was difficult to overtake without touching the wet patches. Everything was going well, but unfortunately, I was behind another rider, who braked several metres earlier than he had done on the previous lap. I didn’t expect it and I collided with him. I apologise to Navarro. We have to reset and go for the next race in Austin.”