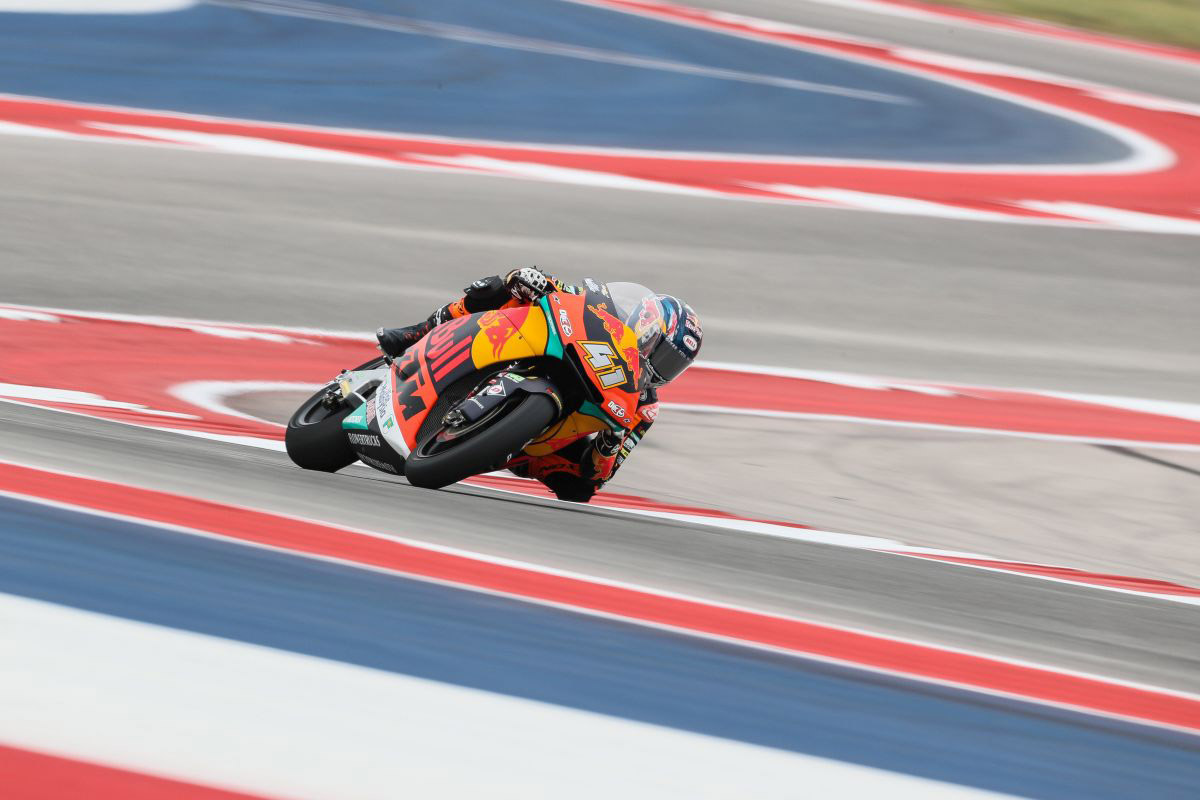 Brad Binder experienced a strange Saturday at the Circuit of The Americas. After completing the three Free Practice sessions as the fifth fastest rider, Brad was unable to repeat his best times in qualifying, and will start the Red Bull GP of The Americas from the sixth row.

Flags indicating rain were shown right from the start of FP3, but the rainfall was so mild and intermittent that both Brad and teammate Oliveira rode fast with slicks -albeit without improving their times from Friday. Oliveira headed the timesheets for a spell, with Binder following him into the Top 10. Finally, the rain sent all the riders back to the pits a few minutes before the 45 minute long session ended, with Oliveira and Binder in fourth -2:11.298- and thirteenth -2:11.926-, respectively

In qualifying, the rain made way for a completely cloudy sky, but that allowed the riders in the intermediate class to go out again with slicks. However, right from the start the Red Bull KTM Ajo riders did not have the same feeling as before, and were outside the Top 5. Neither Oliveira nor Binder were able to repeat their best times from the weekend, settling for twelfth -2:11.321- and sixteenth -2:11.566-, respectively.

Despite starting from further back than expected, Brad will look to get his good feeling back on raceday and ride at the front. The race will start at 12:20pm local time -7:20pm CEST.

BRAD BINDER
“Today definitely didn’t go as we had expected. Yesterday was fairly good and today FP3 wasn’t bad, although I found it difficult to improve some points. The qualifying session did not go well and I can’t believe it. Honestly, I am a bit disappointed after the good work we’ve done so far this weekend. Luckily the most important thing is tomorrow’s race and we tend to perform better on Sundays than the other days. Our bike is very strong with used tyres, so we will see how far we fight back tomorrow.”