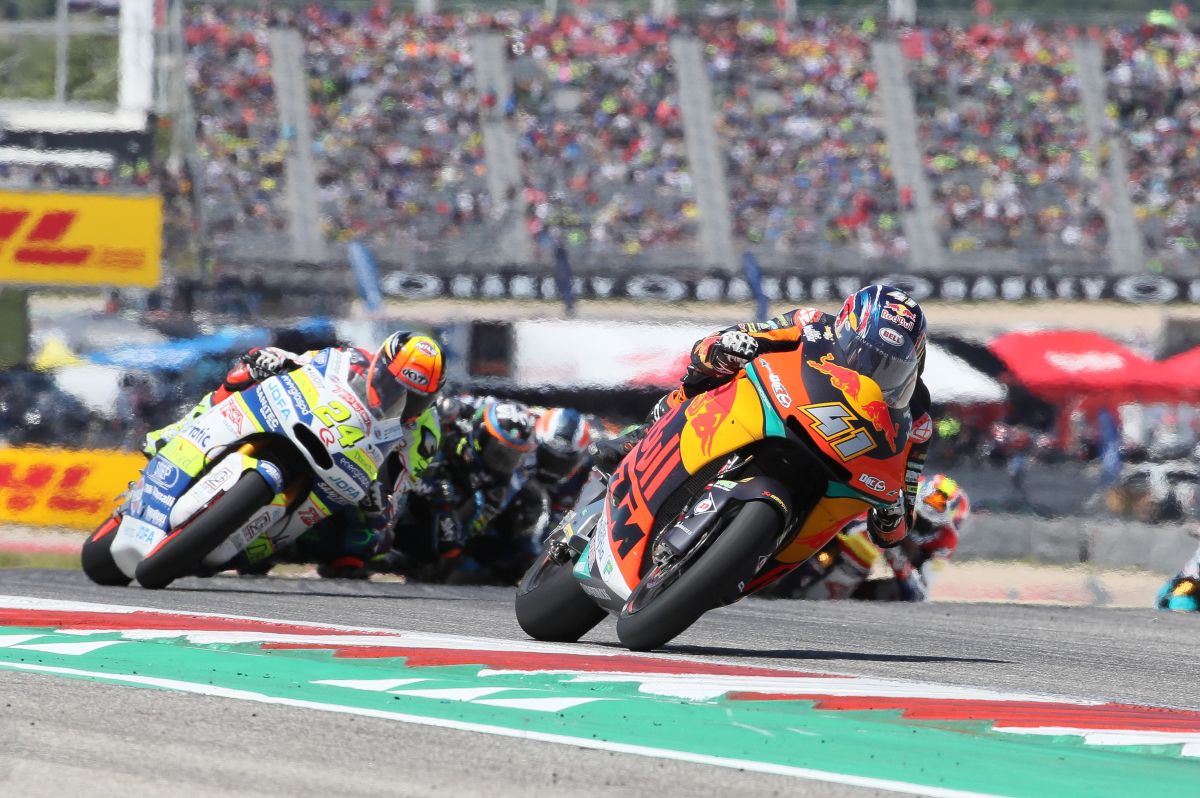 Brad Binder gained ten places from his starting position on the COTA grid in the Red Bull Grand Prix of the Americas to match his best result of the season so far: Sixth place.

On the back of a strong start Brad followed his teammate as the race settled down, until he got stuck in the fight for fourth place with four other riders. The South African would only lose out on fifth position after being passed on the final sector.

BRAD BINDER
“After today’s race, I’m neither happy nor disappointed. I can’t say how I feel. I was very comfortable on the first few laps, and very fast, but as the race went on my feeling got worse. On the final laps, with an empty fuel tank, my feeling with the front end didn’t allow me to turn well. The important thing is that from a bad day like the one we had yesterday, we have been able to fix things with this sixth position, which is not bad. We want more and to do better at Jerez.”