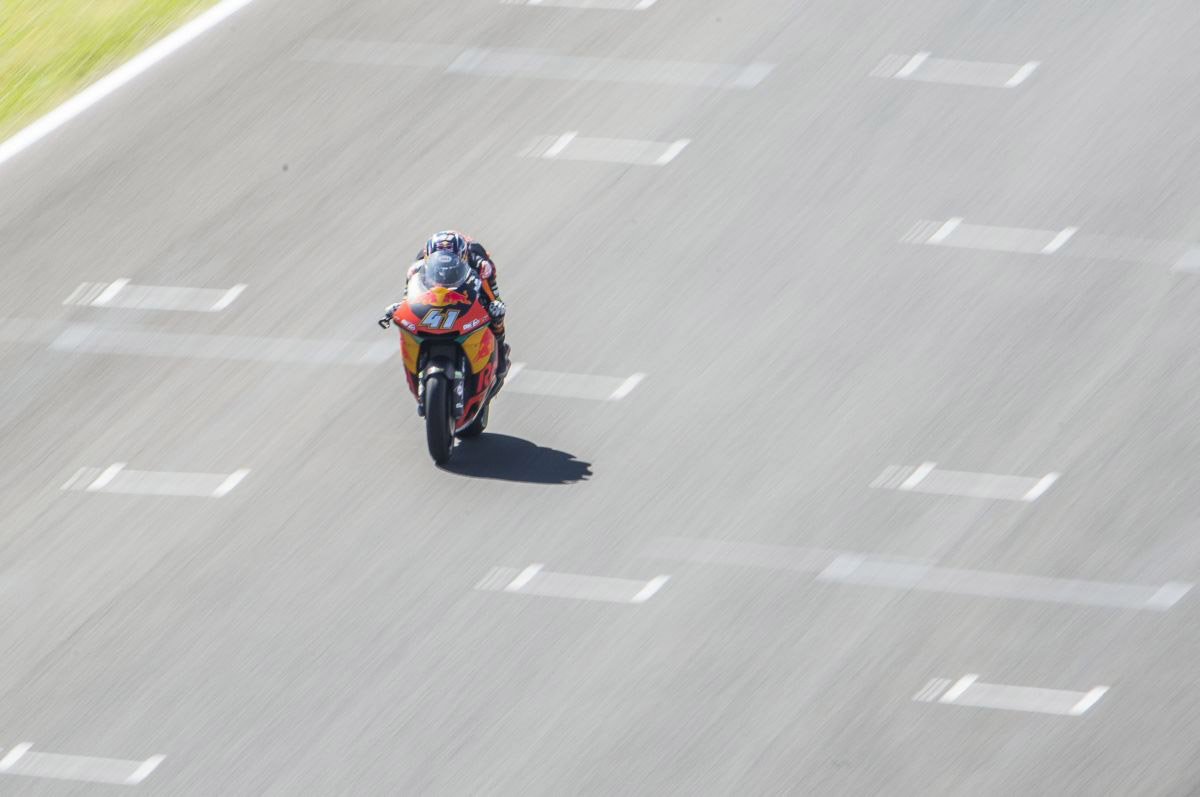 This Saturday, Brad Binder completed his first goal for the weekend at the Jerez-Angel Nieto Circuit, enjoying a positive qualifying session.

The Red Bull KTM Ajo rider took fifth place -a spot on the second row-, in what was his best qualifying performance thus far in 2018. His all-time best in Moto2 remains a 4th place start at the Australian GP in 2017.

Free Practice 3 allowed Binder and teammate Oliveira to continue adapting the setup of their KTM bikes for the race tomorrow, and they both improved on their best times from yesterday. While the South African set his fastest time on the first of his three stintts -a 1:42.414 for sixth-, Miguel Oliveira waited until the last run to clock a 1:42.806, placing thirteenth. The pair have a very interesting race pace for tomorrow.

Binder was strong throughout qualifying, and always in the top five positions on the timesheets. Finally, he took the 5th fastest time -1:42.362. A crash at Turn 9, with 5 minutes remaining, halted the progress made by Oliveira. The Portuguese will start from 14th position after stopping the clock at 1:42.573, just 6 tenths off pole position.

Tomorrow’s Moto2 race will start at 12:20pm local time. The two Red Bull KTM Ajo riders both have podium experience at Jerez, and will try to get onto the rostrum again at the 2018 Red Bull Spanish Grand Prix.

41 BRAD BINDER
“Qualifying today was one of my best in Moto2 and, definitely, my best this year. I’m happy. I didn’t feel very good this morning; the conditions on track were very difficult and the bike was moving around a lot. The important thing is that in the end we managed to set a good time this afternoon, maintaining the same position from the beginning to the end of the session. There is a big difference between the qualifying session we had today and the three previous ones, so I’m happy.
Tomorrow I will do everything possible to fight for the podium. I hope to be calmer at the start of the race, which I will begin from the second row. It is important to be aggressive, find my line as soon as possible and push hard in order to be up with the frontrunners within the first three laps. We have worked very hard and I think we can do well.”