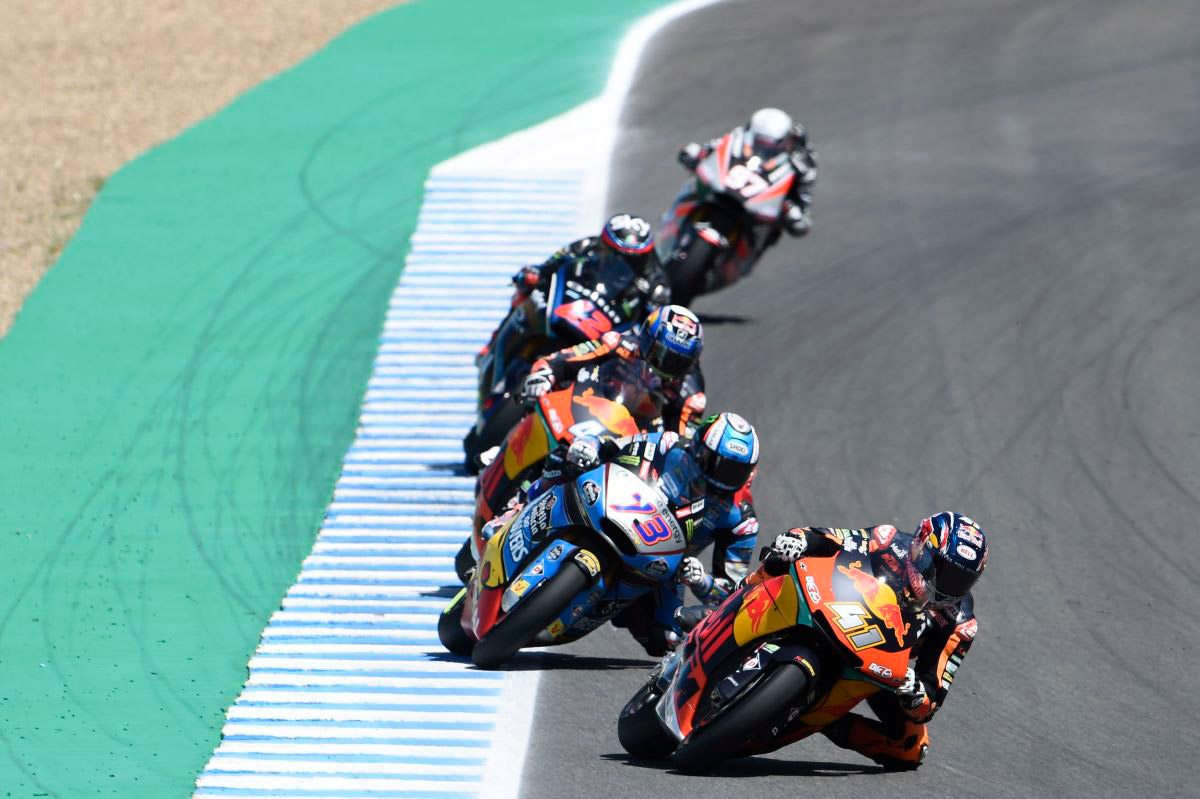 This Sunday at the Jerez-Angel Nieto Circuit, Brad Binder repeated the sixth position he took at Austin and Qatar, equalling his best results in 2018.

Binder made a good start, moving up two positions to go into third place on the opening lap. The South African kept in the podium places until the sixth lap, when a loss of confidence with the front end made him slow down his pace and settle for sixth position.

After the first European event of the season, the Moto2 World Championship moves on to Le Mans for the French GP on May 20th. Brad is eighth with 30 points.

BRAD BINDER
“Normally I feel better in the race than in practice, but I don’t know what happened this Sunday. I almost lost the front end several times during the race -at least 5 or 6 times- so I was lucky to be able to finish. It’s not the result I had hoped for because the team did a great job all weekend, and for some reason in the race things did not go well. It was a shame not to be able to round off a great weekend with a better result. At Le Mans we will try for more.”