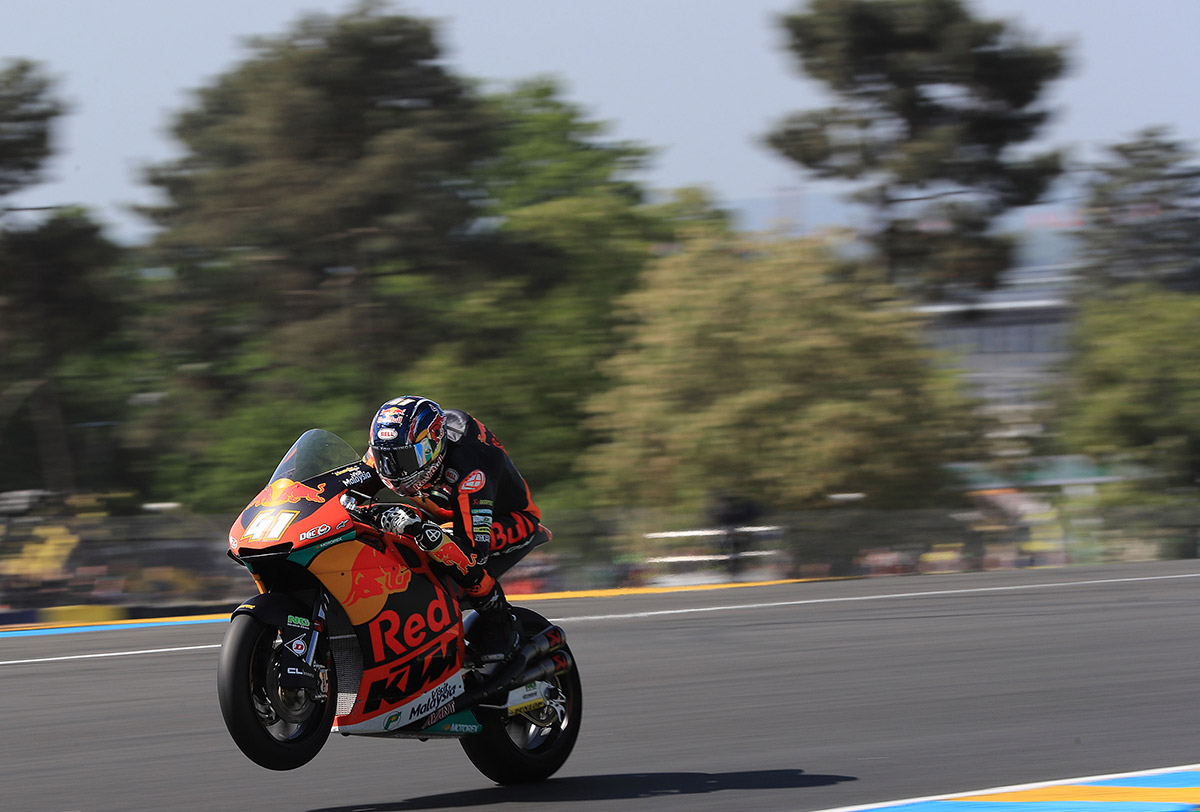 Whilst the weekend of the French Grand Prix has not been the easiest of the season so far for Brad Binder and Miguel Oliveira, the Red Bull KTM Ajo pair nevertheless managed to obtain positive results in qualifying at Le Mans. Both set their best laps in the grid-defining session, to start from the third and fourth row -in eighth and tenth, respectively- for tomorrow’s race.

The duo used FP3 to test out solutions to problems encountered yesterday, and both made two pit stops. Most satisfied with this 40-minute session was Binder, who was able to lower his time from yesterday and featured in the Top 10 at the halfway point. The final minutes saw Oliveira progress to fourteenth place -1:37.556-, followed closely by the South African in seventeenth -1:37.608.

Although each rider employed a different tyre combination strategy, both Binder and Oliveira clocked their best laps in their third run in qualifying. Before that, in the opening minutes they had improved their times from Free Practice, showing that they had correctly analysed the data from FP3. Late on, the Red Bull KTM Ajo riders tried to get the most out of their newest set of tyres, and ended with fastest laps of 1:36.920 and 1:36.976, respectively.

Tomorrow’s 25-lap race will start at 12:20pm local time. Brad will look to get on the rostrum at Le Mans for the second time, having won the Moto3 race in 2016.

BRAD BINDER
“This weekend started out very tricky and it continues to be so, so getting eighth in qualifying is very good. The conditions are very difficult; it’s easy to lose the front and crash, and there have been many riders who went down throughout the day. Tomorrow it will be important to be smart; for us it will be a race of survival, because I think there will be many crashes. I need to find the right pace for the race during the Warmup and from there we will be ready to face the race with the desire to score as many points as possible.”