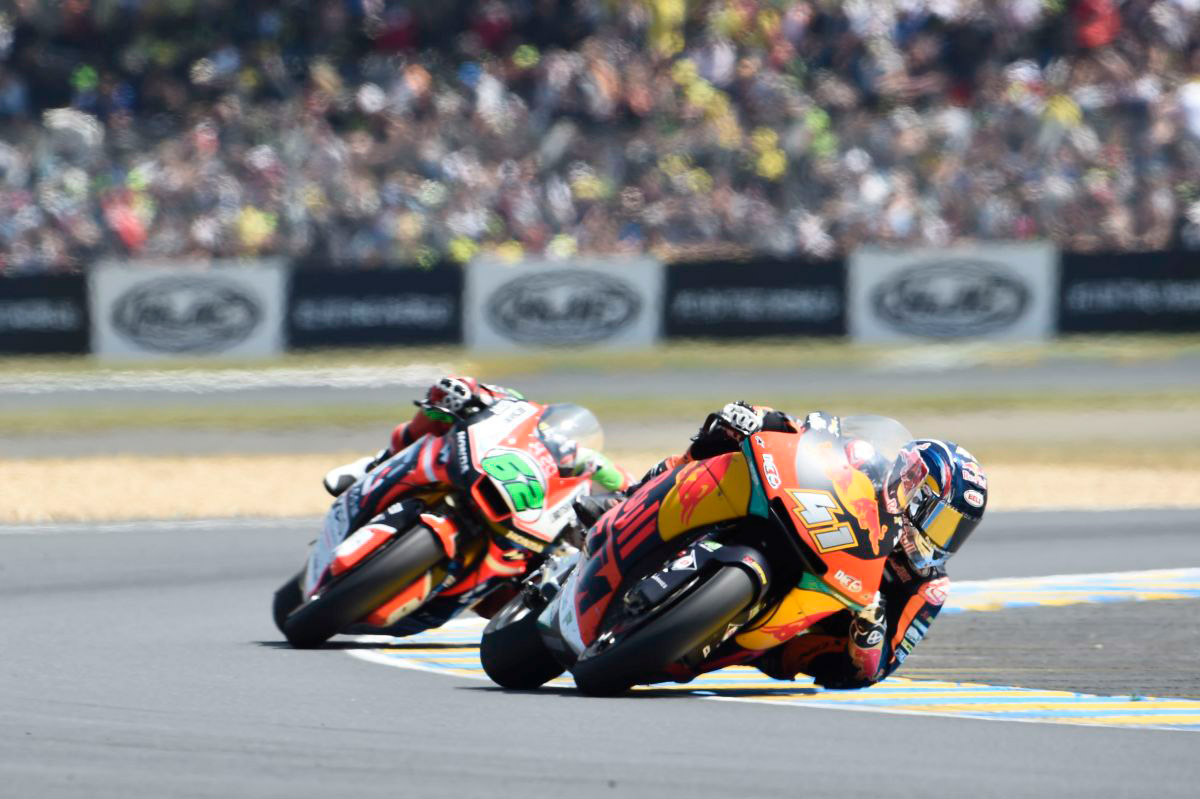 The Red Bull KTM Ajo riders finished their most difficult weekend of the season so far with respective Top 10 finishes at Le Mans. Brad Binder finished ninth, picking up his third consecutive Top 10.

Starting from the third and fourth rows of the grid, the Red Bull KTM Ajo duo both made spectacular starts, completing the opening lap in fourth and fifth position. From there, several overtaking moves occurred between the two and other riders.

Brad remained in the Top 5 until the fourth lap. The South African would lose ground due to an incident from another rider, and in the middle of the race he was one of a group of three riders in the fight for eighth place, eventually completing the 25-lap contest in ninth.

After five races, Brad has 37 points to his name and is ninth in the overall standings. He will be back in action on June 3rd for the next Grand Prix at Mugello, Italy, following a day of testing.

BRAD BINDER
“It’s been a very difficult weekend, right from the beginning. Even so, I feel that I rode well in the race; I gave 100% from start to finish. I was unlucky with Baldassari’s crash, because he was right in front of me and I lost a lot of time deciding where to go, as he was going in one direction and his bike was going in the other. We have to keep working hard to take a step forward from where we are now. We have a test next week, and I want to work hard and find something that improves what we have now, because I feel we can give more.”