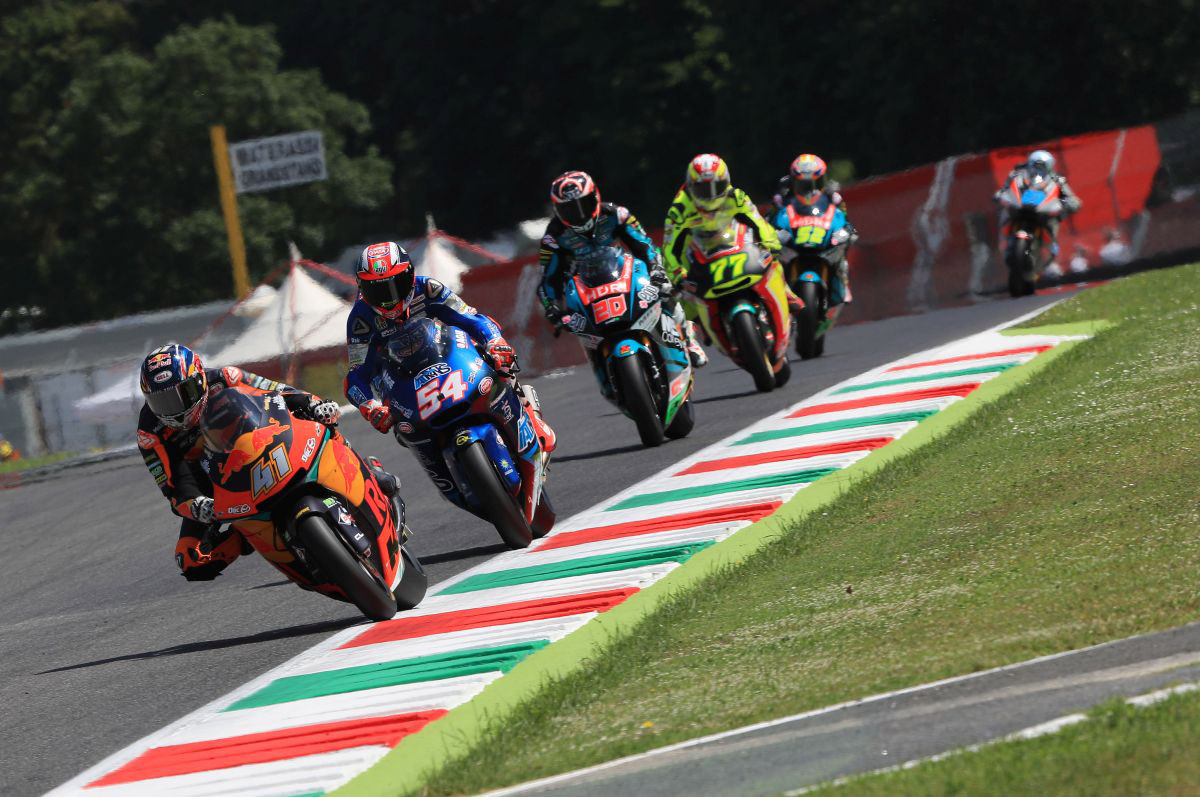 Red Bull KTM Ajo rider Brad Binder had a great performance at today’s Italian GP at Mugello, with his sixth position meaning he has taken four consecutive Top 10 finishes so far in 2018.

Brad had one of his typical fightbacks during the race. From the seventh row of the grid, the South African gained five places on Lap 1 for twelfth. It was not until the tenth lap that he entered the Top 10, and with 6 laps to go he jumped to sixth -a position that he held onto.

With the points earned today, Brad is eighth in the overall championship standings with 47 points. In the team standings, the Red Bull KTM Ajo Moto2 outfit are first with a 3 point advantage.

BRAD BINDER
“We made a great comeback, because I started from 19th and I finished in sixth. On the first lap, during the first three or four corners, I didn’t feel as fast as I would have liked. But little by little I picked up the pace and was able to ride faster, although I still didn’t feel completely comfortable. In this race we used a setup that we hadn’t used during the weekend. It has its positive side but also some things that we can improve, although overall the bike worked well. Finishing in sixth place is a good result. Now we will have to continue working hard in tomorrow’s test that we have here.”