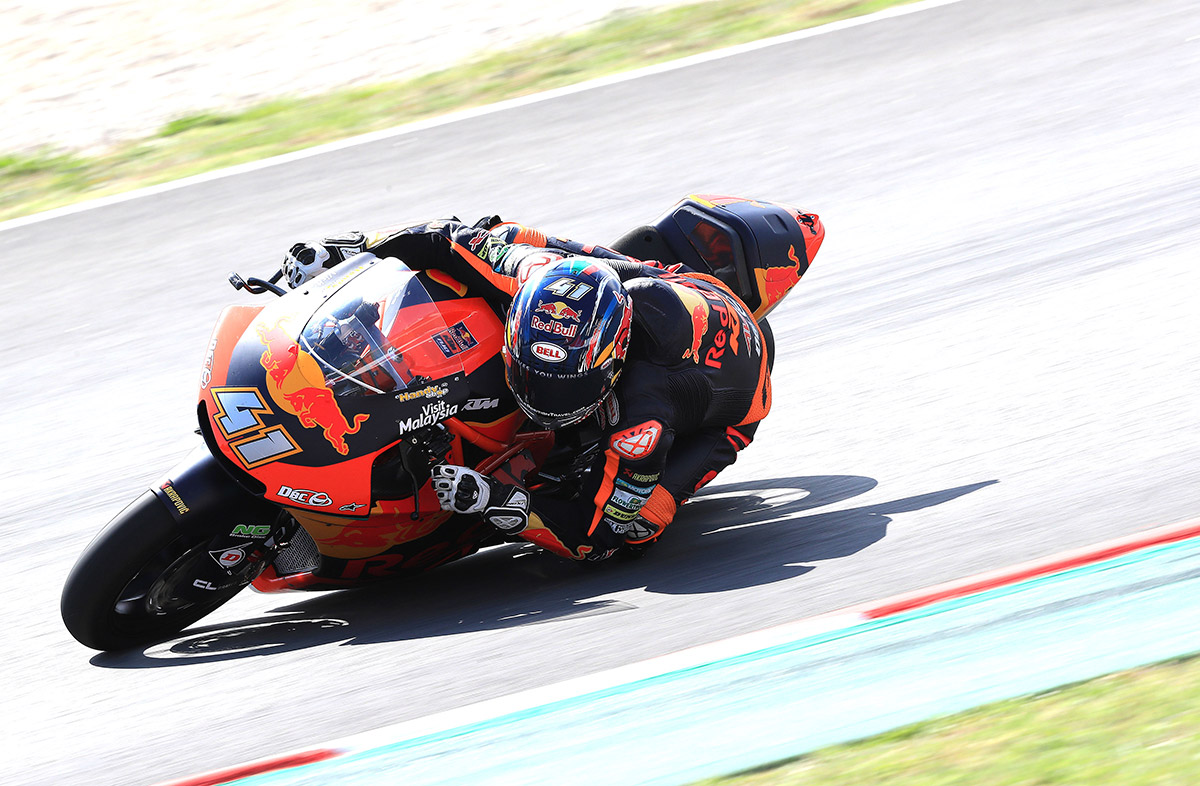 Brad Binder equalled his best qualifying result of the season so far this Saturday at the Barcelona-Catalunya Circuit, with a magnificent fifth position. The South African made the most of a third and final stint in qualifying to set personal best lap of the weekend.

Brad came out very strong in the last Free Practice session of the weekend. He led the way in the first 5 minutes of FP3 and clocked a 1:44.095 to place him sixth.

The 53°C track temperature for qualifying made things challenging for Brad and teammate Miguel Oliveira. They would have to modify their setups in order to set their best times, and both did so on their last stint. Brad was the most successful on his last five laps, improving on his previous times twice and rising to fifth place -1:43.867.

The pair will try to fight for a place on the podium at the Barcelona-Catalunya Circuit tomorrow -something they have both done before. The 22-lap race will start at 12:20pm local time.

#41 BRAD BINDER
“I’m very happy. I’ve been training very hard all week preparing for this race and I’ve been fairly fast since FP1. During the entire weekend I’ve had a pretty good pace but I needed to get a slightly faster lap during qualifying in order to get a good spot on the grid; in qualifying I took that step up and I’m very happy about it. I am excited to start from fifth position tomorrow. It will be nice to be up there with the riders at the front, right from the start; I’ll try to hold on at the beginning and save something for the final laps. I think I can do a great job tomorrow. Of all the GPs this year, this is the race where I am the most prepared.”