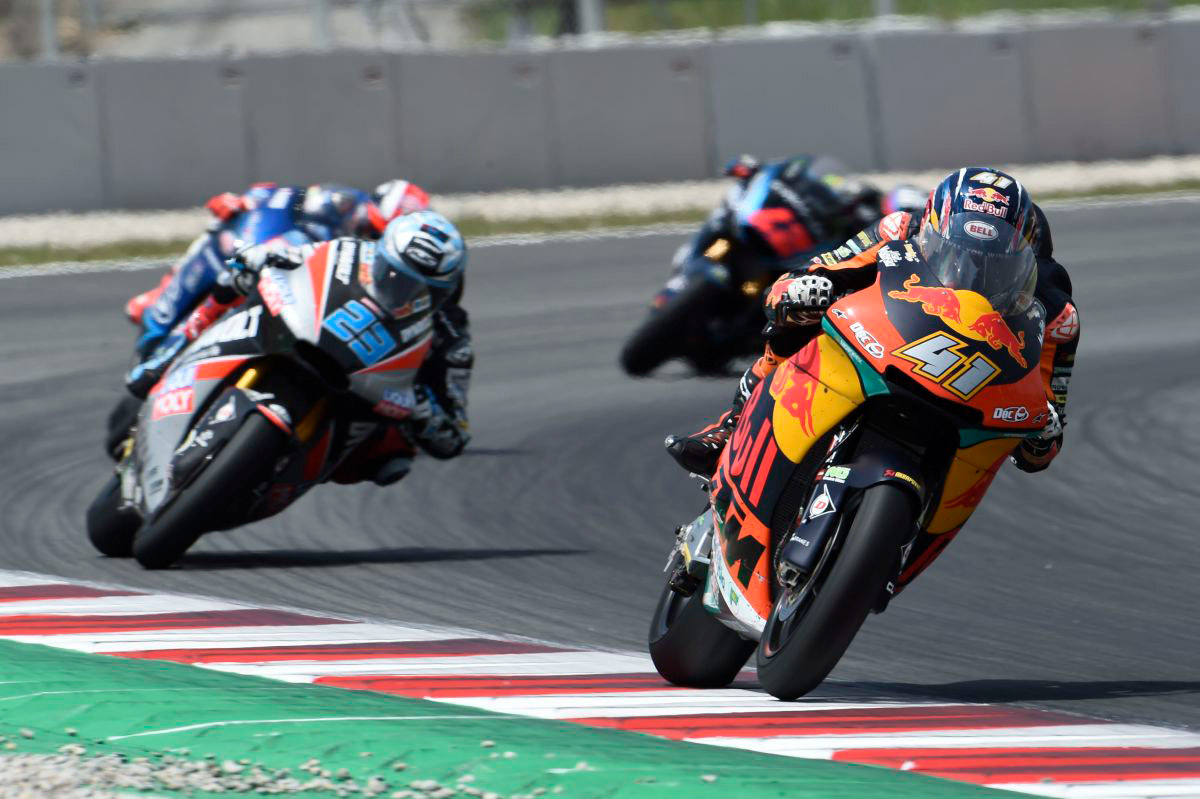 Brad Binder was in the rostrum fight at today’s Catalan GP with some hard racing, but finally had to settle for sixth position.

Brad has never been closer to a podium finish this season than today at the Barcelona-Catalunya Circuit. Always amongst the front group, he became embroiled in a battle with three other riders after the halfway mark. On the last three laps the Red Bull KTM Ajo rider was forced to slow his pace and settle for a podium, rather than take excessive risks.

The next round will be the Dutch TT on July 1st at Assen.

#41 BRAD BINDER
“My weekend went great until the final laps of the race. I worked hard and the team did an incredible job. That is what I’ll take away from here. Unfortunately, in the race the bike was slipping out at the front and every lap was worse. On the last three laps I could barely control the bike, I lost the front whenever I went into the fast corners and had to save many crashes. I gave my all from the beginning to the end, and we had to settle for sixth; it was the best result we could achieve. We just have to keep focused on Assen and try to give everything there.”