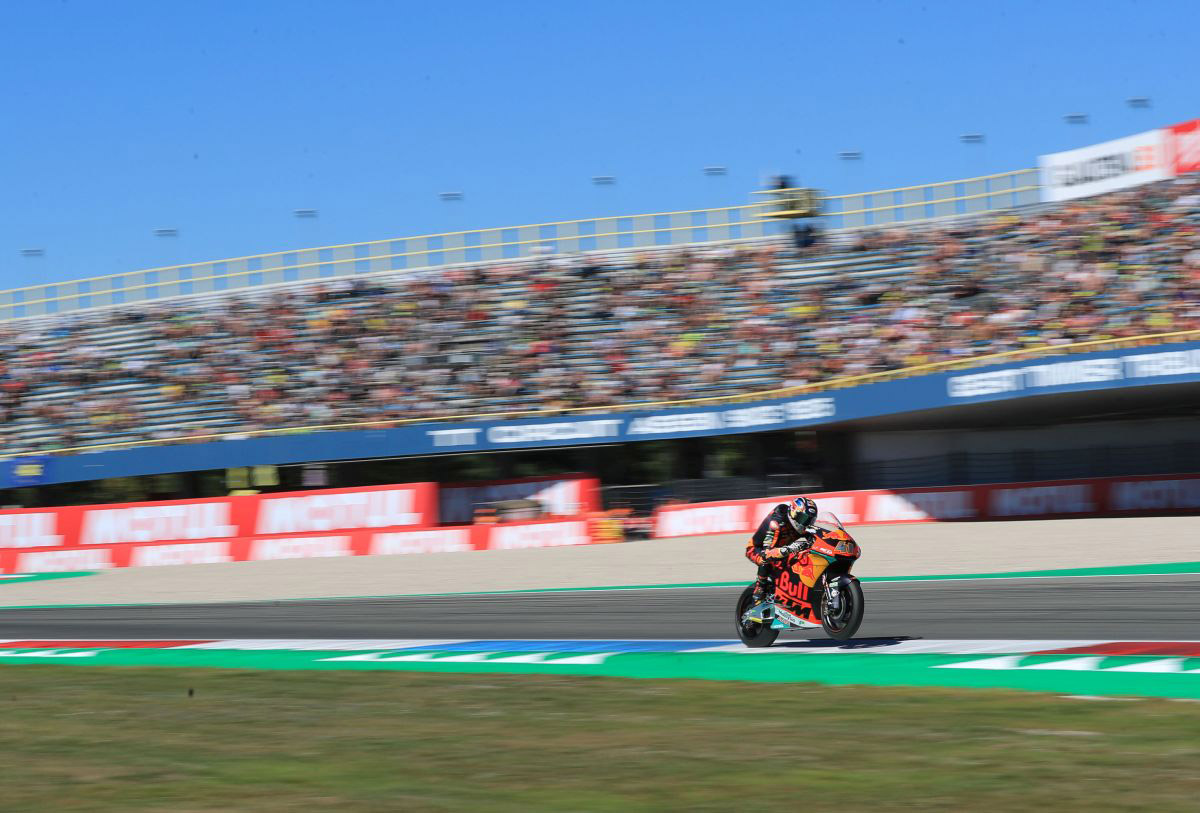 The Moto2 qualifying session for the Dutch GP was a tough one for the Red Bull KTM Ajo riders, as both Brad Binder and teammate Miguel Oliveira were unable to find a spot high up on the starting grid. The South African will start from twenty-first after a penalty was given to another rider.

The final Free Practice session saw Oliveira and Binder follow different strategies. Brad ran used tyres exclusively in order to look for his race pace. Neither rider was able to lower their times from yesterday.

Qualifying repeated the dynamics of the last Grand Prix, where both struggled to clock a great fast lap. Brad practically equalled his best time from FP on his final attempt, for twenty-second. He would move up a place after the penalties were awarded.

The 24-lap Dutch GP, the eighth round of the season, takes place tomorrow at 12:20pm. The pair will try to make a comeback for a third consecutive podium for the Red Bull KTM Ajo, after the victory and podium from Oliveira at Mugello and Barcelona.

41 BRAD BINDER
“I don’t know what’s happening to us this weekend, as regardless of what we try to do, I still don’t feel comfortable on the bike. I feel unstable and it is very difficult to get an advantage. It doesn’t matter if I try to force things a little or if I try to ride very smoothly, I still get the same lap time; it’s very strange. We have to continue working to find a solution. If we can make the bike more stable tomorrow we can have a good race, and I fully trust in my team. I need to have a very good warmup tomorrow and fight back in the race as we have done on other occasions.”