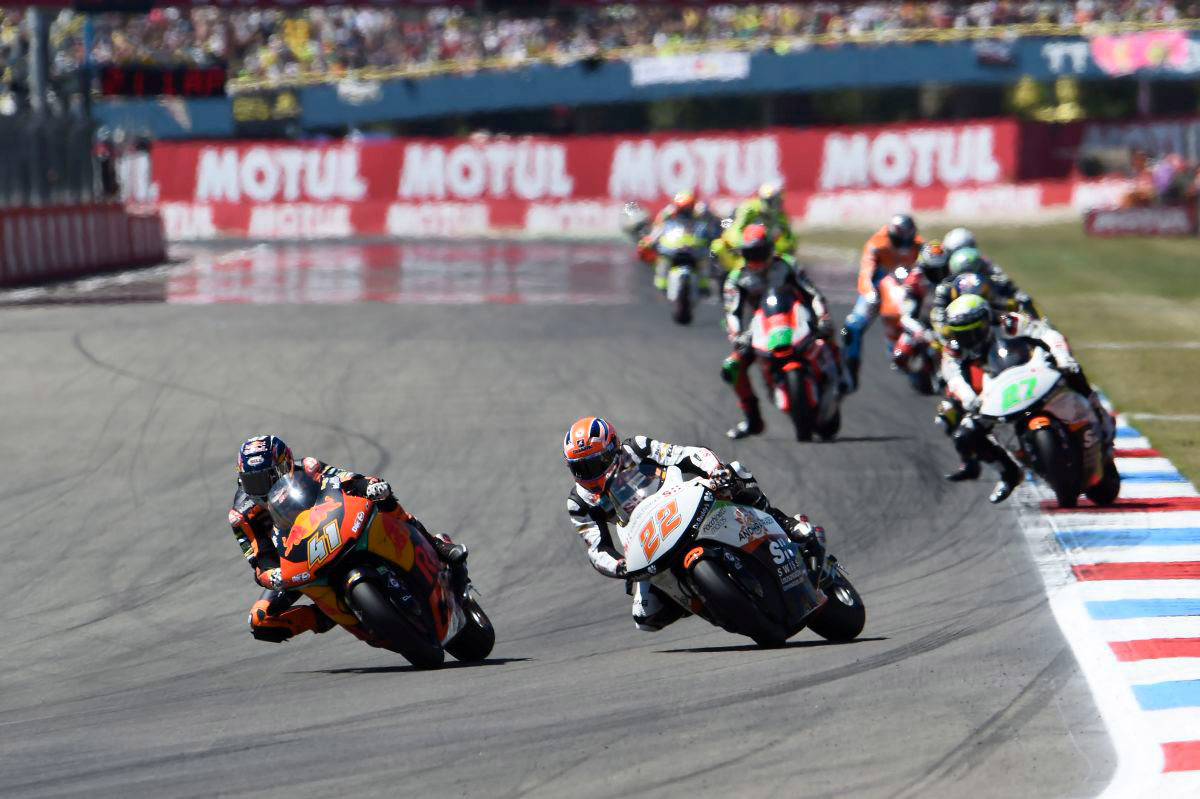 Continuing the trend of recent rounds, Brad Binder and teammate Miguel Oliveira put in their best showing of the weekend on raceday at the Dutch GP. The Red Bull KTM Ajo riders had some good first laps, which allowed them to move from the middle rows of the grid into the Top 10. Both managed to maintain a great pace throughout the 24 lap contest and claim important points with Brad eventually taking a seventh place finish.

Brad had a race similar to that of his teammate from twentieth place. The South African, however, made a late sprint on the last five laps, when he was in tenth position, making his final pass on the last lap.

With his 10 points earned today, Brad climbs to seventh position in the overall championship standings and has a total of 66 points.

#41 BRAD BINDER
“It was a tough race. I started from far back and I knew that it was going to be quite difficult. Over the entire weekend I have never had either a good pace or a good lap time. I knew that starting from 20th position would be a big challenge. I’m happy because in the warmup we were able to take a step forward by finding something better with the bike, which gave me a lot more confidence. Overall, it’s good because I was finally able to ride the bike as I wanted. Although the result is not as good as we would have liked before beginning the weekend, I think we have taken a great step forward and we can leave Assen satisfied.”