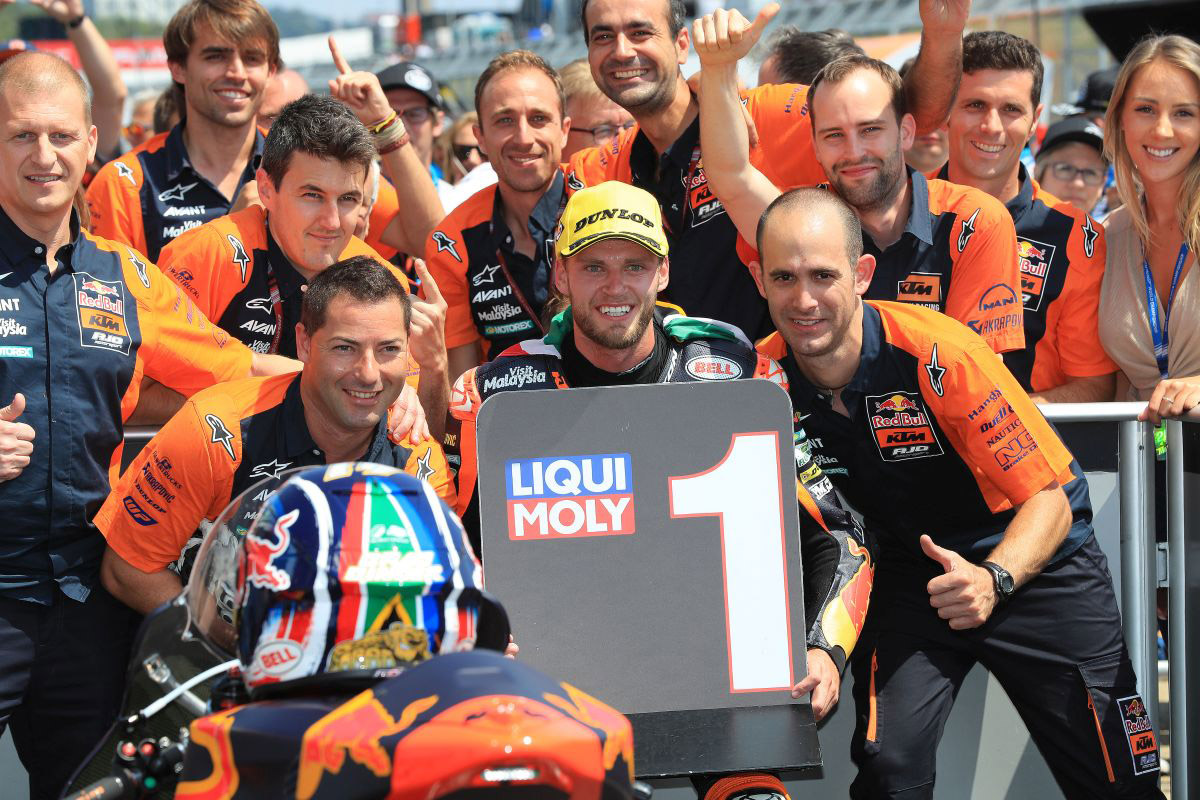 A great performance by Red Bull KTM Ajo rider Brad Binder at the German Grand Prix saw him end the first half of the season with a victory – his first in the Moto2 World Championship. This excellent result, along with 4th place for teammate Miguel Oliveira, allow the Red Bull KTM Ajo team to go into the summer break with 24 points in the team standings.

Brad, who started from 10th on the grid, moved his way up the order and took the lead with a series of passes on Lap 10. From that moment on, despite not establishing a large gap, he rode steadily to claim the win. It is the first victory for a South African in the intermediate class since Kork Ballington in 1980 at another German track: Nurburgring.

Brad now lies 6th in the overall championship standings, with 91 points. A two week break awaits for the Red Bull KTM Ajo riders, who will return to action at Brno, from August 3rd to 5th.

#41 BRAD BINDER
“I tried not to do anything crazy at the start, because I knew our rivals would be a little faster than us, and everything went perfectly. I was able to overtake most of the riders on the first laps and then, seeing that I had enough pace, I went after the lead. At the end of the race I had to be careful, because my rear tyre was practically worn out and I suffered a lot on the final laps. I controlled the lead but it was very tough, as even on the last lap I almost had a highside at Turn 1. It was amazing to get the victory, and I can’t thank my team enough for their help. Honestly, I still can’t believe it -it doesn’t seem real to me. This year we have been suffering a lot and now we have a victory to our name. We couldn’t have finished this first half of the championship any better.”