Brad happy with race potential, starting from seventh on the Brno grid 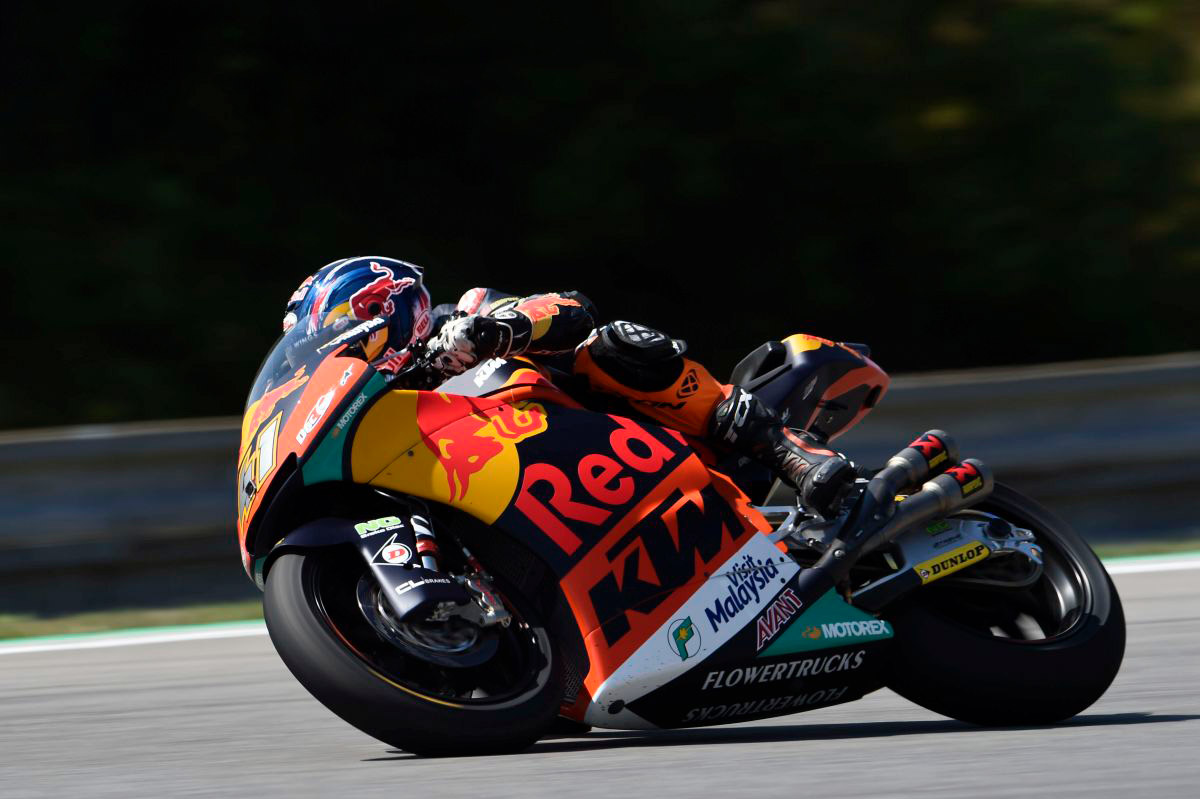 The Red Bull KTM Ajo Moto2 riders had established a goal before the Czech GP weekend: Improving their qualifying performances in order to avoid the need for raceday fightbacks. They did just that on Saturday at Brno, with Brad Binder claiming seventh.

In the last Free Practice session of the weekend, the Red Bull KTM Ajo duo both followed the same strategy. They first made a short stint in order to try out some pending setup modifications, followed by a stop in the garage and a long run in search of race pace. The results were positive, with both lowering their times from yesterday and Brad finishing nineteenth with a 2:03.793 lap.

As is customary in the Moto2 class, the grid places were largely decided in the first 10 minutes of qualifying, taking advantage of the rubber laid down by the MotoGP riders. Brad -2:02.493- and teammate Miguel Oliveira managed to use this to their benefit by setting their best times of the weekend, with Brad eventually qualifying seventh.

The first 9 riders were separated by less than 3 tenths of a second. Both Red Bull KTM Ajo riders used the rest of the session to continue refining their race pace.

Tomorrow sees the tenth race of the season take place, a 19-lap contest that begins at 12:20pm local time. Brad won the final race before the summer break

#41 BRAD BINDER
“Seventh on the grid is perfect for me. Throughout the weekend it has been very difficult for me to set a quick lap. I’m happy, because in the end we managed it. We will start from a position where we can take a good result in the race. I hope to have a good race tomorrow.
We’ve changed the setup of the bike quite a lot, but tomorrow in the race it will be a very different situation compared to qualifying, because doing 20 laps with the same tyres is nothing like just doing three. I don’t know if I feel as strong as I did in Germany, but tomorrow in the Warmup I will try to set a good pace and I hope to take advantage of it during the race.”