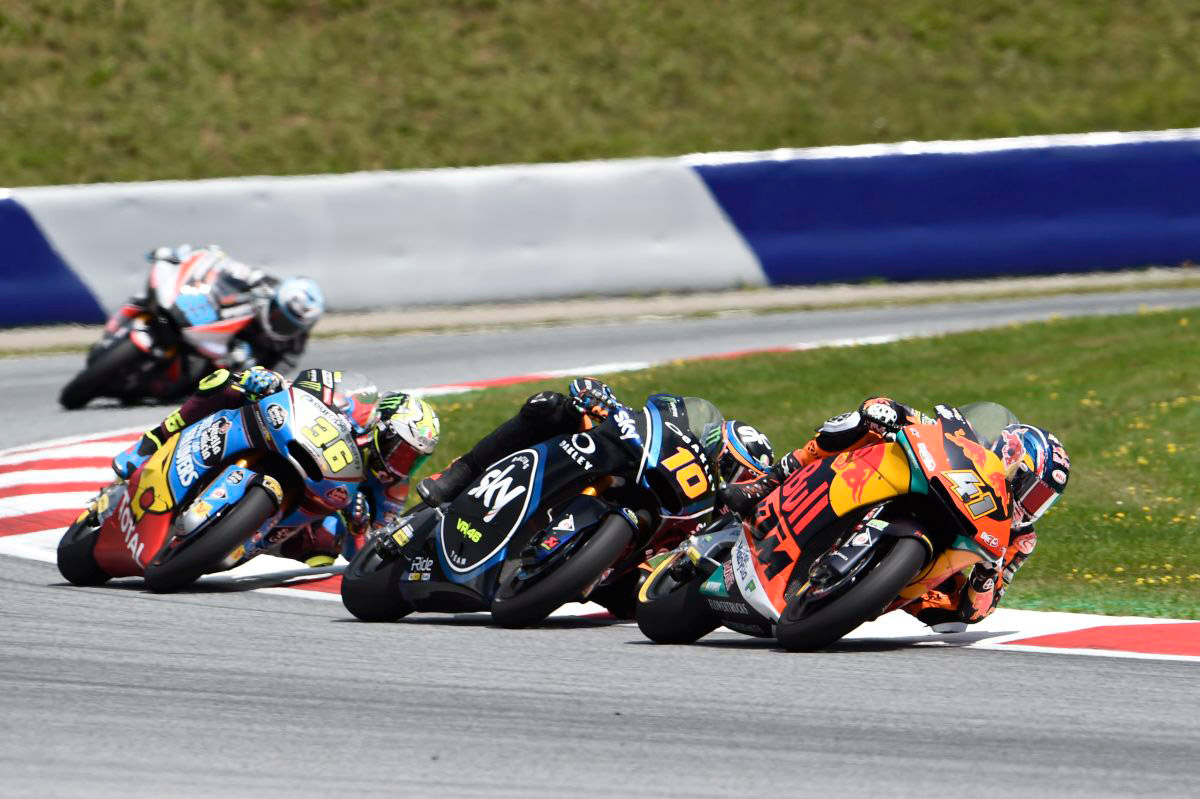 The Red Bull Ring hosted more than 90,000 fans this Sunday, and the gathered crowd enjoyed a breathtaking Moto2 race. As he did in the Czech Republic, Brad Binder finished in sixth place.

Brad Binder had a great first lap, entering the Top 5 after gaining 3 positions. The South African was in the second group, fighting for third position. The key moment of the race for Brad came with 4 laps remaining, when he was penalised for exceeding the track limits, had to give up a place, and lost valuable seconds. A final push allowed him to go up to sixth place by the time the chequered flag fell.

In the rider standings Brad gains a position to move into fourth. The next Moto2 round takes place on August 26th at Silverstone in the UK.

#41 BRAD BINDER
“Once again we finished in sixth place. The truth is that we were unlucky today. The key moment in the race was when I was penalised with losing a position. Additionally, that made me lose time with only four laps remaining and ended my chances of fighting for something more. Before that, I felt I could fight for the podium. The important thing is that in the end we have taken further points and that we are getting increasingly stronger.”