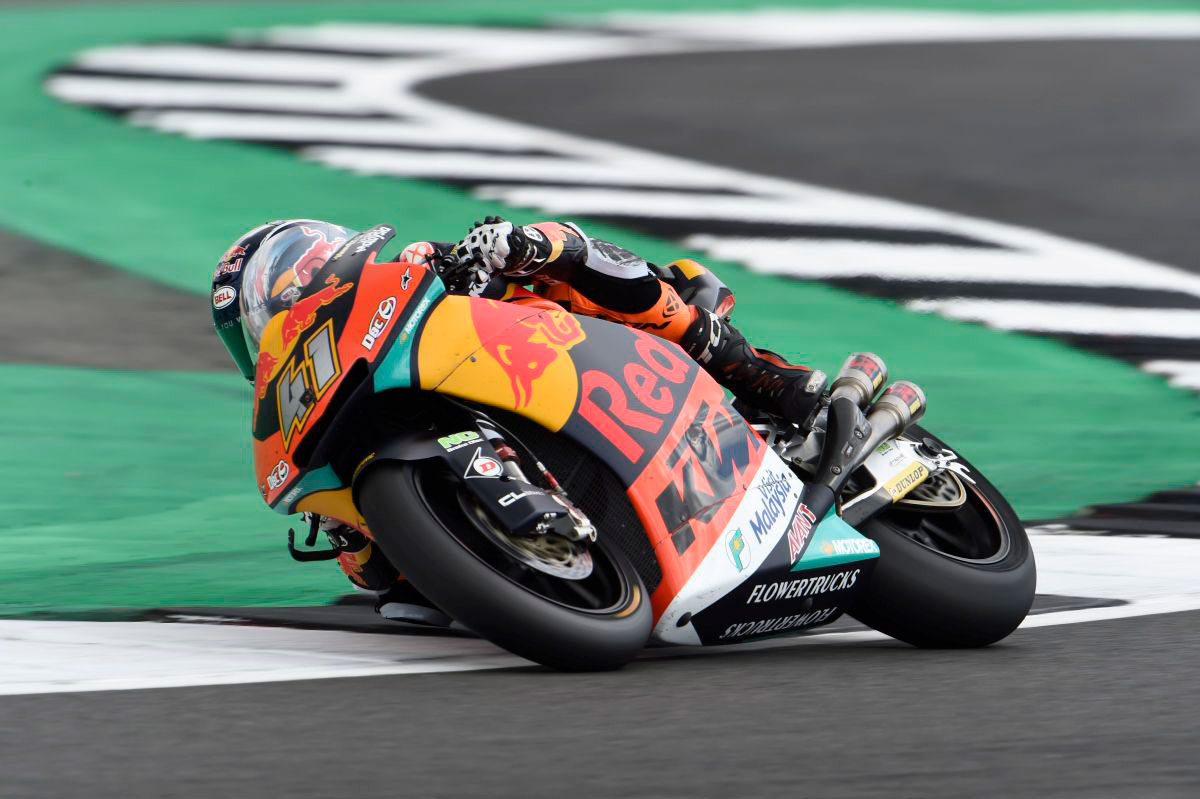 The state of the newly resurfaced Silverstone circuit after rainfall was again a major talking point on Saturday, as it had a large bearing on the results in Moto2 qualifying. The Red Bull KTM Ajo Moto2 riders will start from further back than they had hoped: Brad Binder took a place on the sixth row with 16th, whilst teammate Miguel Oliveira is on the eighth row -23rd.

The duo were also unfortunate in FP3, as the first drops of rain fell 13 minutes before the end of that session. Both had used the opening half-hour to work on their dry setup. They took an important step forward, with Brad finishing 17th -2:09.162.

The rain that came down before Moto2 QP caused Binder and Oliveira to undertake their first run with wet tyres. After spending a few laps assessing the condition of the asphalt, both changed to slicks, although there were areas of the track -mostly the second sector- that never dried out. Although the two Red Bull KTM Ajo riders set their fastest times on their last lap, Brad eventually finished 16th -2:09.252.

Tomorrow’s race is expected to be wet, and the MotoGP contest has already been rescheduled for 11:30am. The Red Bull KTM Ajo riders will aim to make big fightbacks in the Moto2 race, which will start at 2:30pm local time.

#41 BRAD BINDER
“This weekend has been difficult. I feel that I have ridden very little. I have managed to do very few good laps over these past two days. In general, qualifying was difficult, because it started very wet and then it didn’t dry out completely; the second sector was still very wet whilst other areas had already dried up. Looking at the timesheets, I was losing half a second on the second sector; a few tenths that would have made a difference. We have to accept it, we’re starting from sixteenth and it could be worse; We’ll see how everything goes tomorrow. It is likely that in the race it will rain a lot, but regardless of the weather I will do my best; I think we can do a good job.”