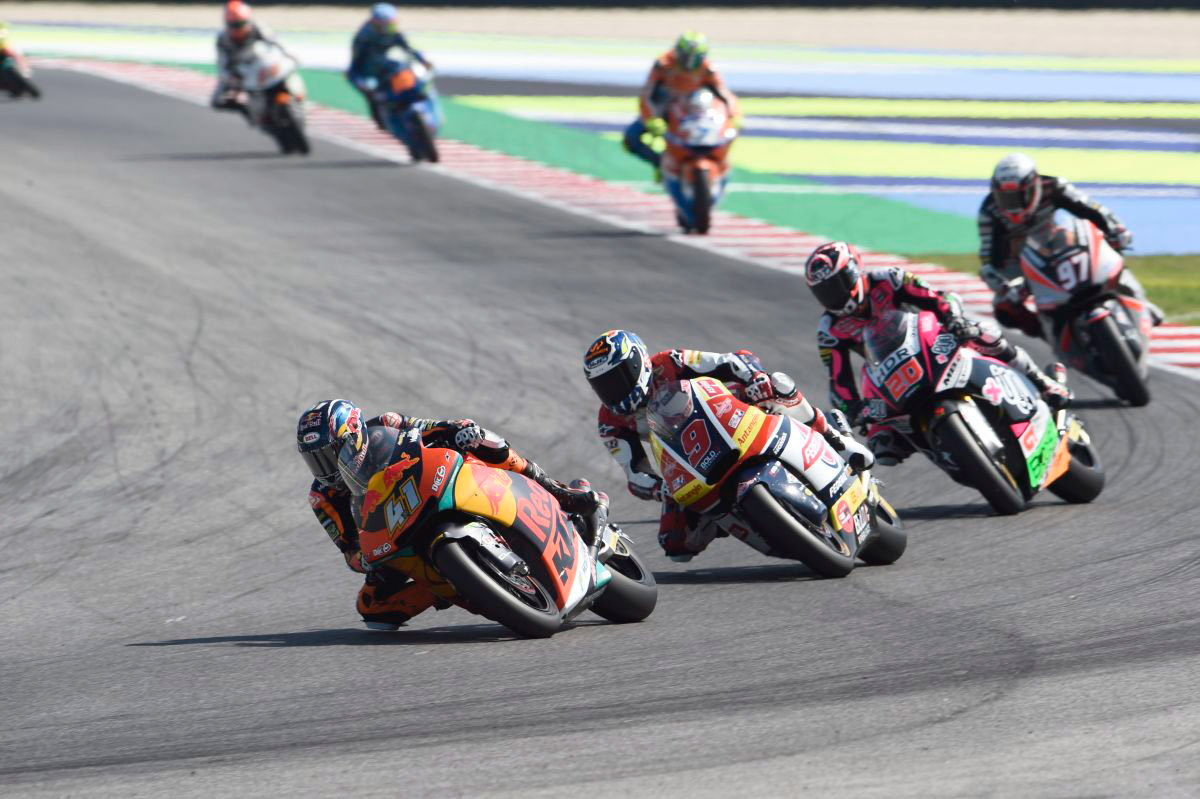 The Red Bull KTM Ajo team ended a positive weekend at the San Marino GP with Miguel Oliveira on the podium for the third consecutive round, following his win at Brno and further rostrum at the Red Bull Ring. His second place at Misano extends his good run of form and keeps him in second place in the Moto2 World Championship. The day was completed by Brad Binder taking an eighth place that moves him to third overall.

Both riders made a brilliant start but overall Brad had a tricky race; the South African did not have a good enough feeling to match the pace of the frontrunners and was relegated to the fight for seventh place. In the end, he completed the 25th and final lap in eighth position, earning 8 points.

Brad is now in a strong position in the overall standings, in third for the first time since joining the intermediate class.

#41 BRAD BINDER
“The positive point today was that we gained a position in the World Championship standings. It was a very difficult weekend for me, since I never managed to have a consistent pace -right from the first session on Friday until today, when I also wasn’t able to establish my pace. We’ve improved our position in the standings and we hope to do a good job in the test next week and keep taking steps forward; there is still plenty of the season remaining and we have many challenges to meet.”