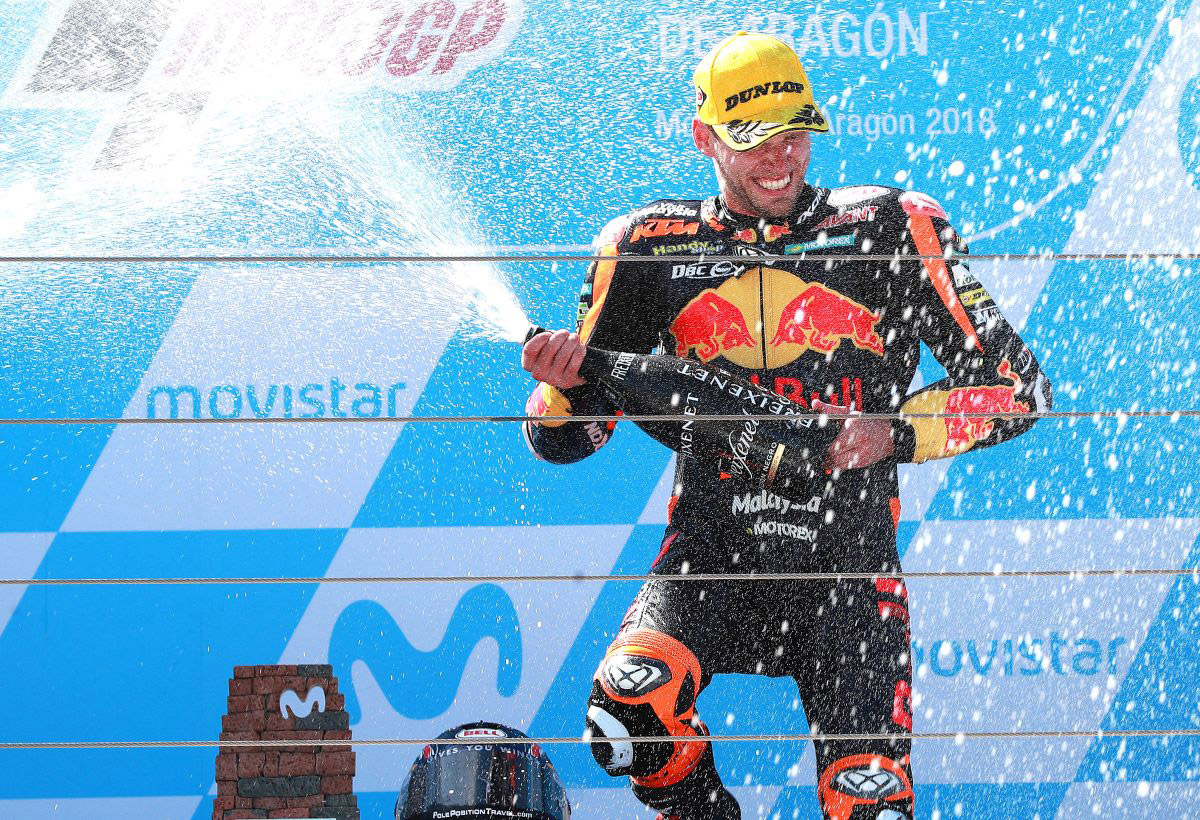 Brad Binder claimed the win at MotorLand Aragon in an exciting Moto2 Aragon GP, besting several rivals and crossing the line first for the second time this season. The South African, who previously earned the Moto3 title at the Spanish track, held his nerve to take victory from pole position.

On Saturday, Brad had taken an excellent last-gasp pole, and he defended the lead perfectly on the opening lap. From this moment on, the South African tussled for victory with Alex Marquez and Pecco Bagnaia. The South African remained in the shadows until 6 laps remained, when he decided to take the lead and never looked back.

Brad now lies in third place in the overall championship standings with 144 points. In the team standings, Red Bull KTM Ajo increase their advantage to 41 points.

Brad and teammate Miguel will stay on in Aragon for two more days, in which they will test ahead of the flyaway rounds.

#41 BRAD BINDER
“It’s been an incredible weekend. Yesterday we got an unexpected pole and I was very happy to have qualified at the head of the grid. That gave me a lot of confidence for the race. Sunday did not start very well, because in the warmup I did not feel completely comfortable and had a few problems. However, thanks to a series of small changes that my team made for the race, everything worked normally -or even better.
I am very grateful for the victory, which is my second in the Moto2 class, and I’m very happy to have got it here at MotorLand Aragon, which is a very special track for me. It’s been a great day and I have taken some very important points for the Championship; If I continue in this way I think I can have a great final run in the season. I have to thank the team for the excellent job they are doing.”