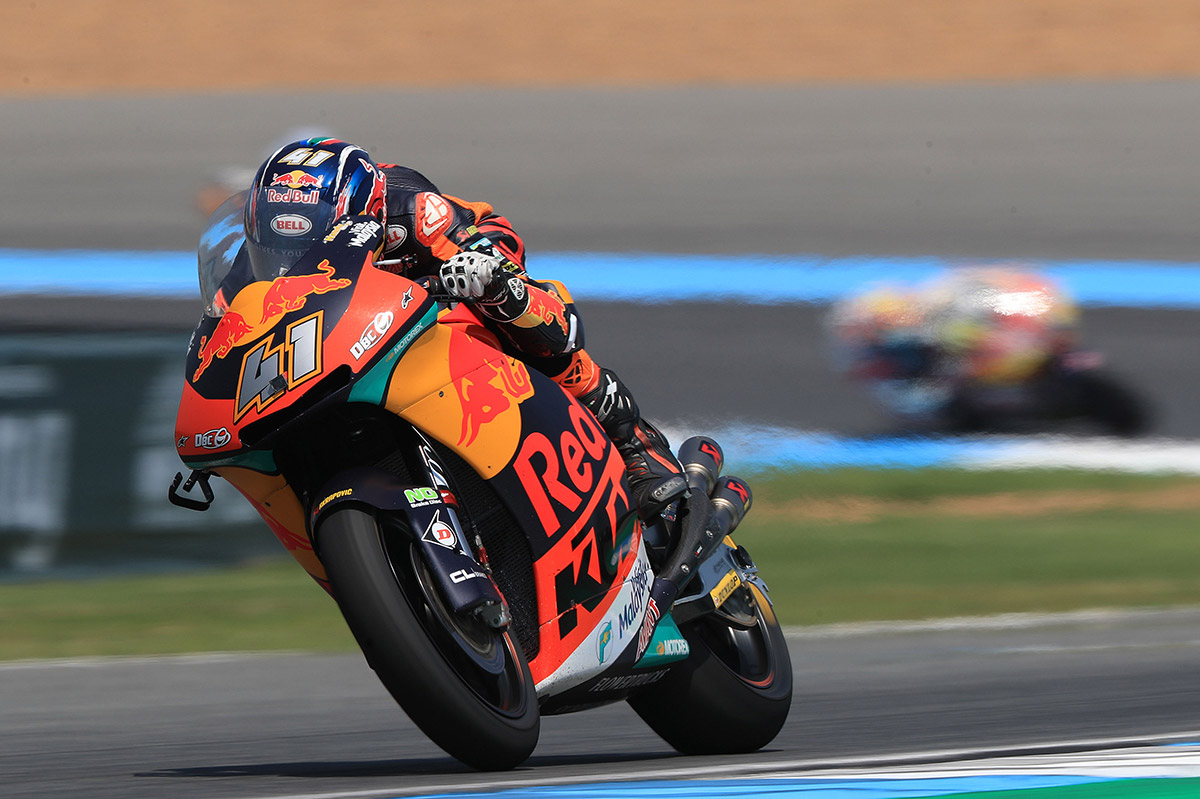 The Red Bull KTM Ajo Moto2 riders earned strong results in qualifying at the Chang International Circuit on Saturday. Heading the third row of the grid in tomorrow’s race will be Brad Binder, in seventh place.

The Red Bull KTM Ajo riders ran different strategies in FP3. However, the results for both were similar, as the pair improved their feeling from Friday, set new personal bests and broke into the 1:36s. Brad, in sixth, made only one stop, completing his 1:36.907 best lap midway through the session.

In qualifying, the great equality in the intermediate class was again on display, with the Top 7 separated by less than 2 tenths. Brad put in his best times in the final part of the session, when battling to get onto the front row. His 1:36.545 lap placed him seventh.

#41 BRAD BINDER
“Qualifying today went really well. I felt that we did a great job and I was able to lower my lap time three times in three practically consecutive laps, which is very positive. We were less than 2 tenths off pole position, in seventh, so that is not bad. I feel like I’m ready for tomorrow’s race. Obviously I would have liked to have been at least on the second row, but in the end it’s about small details and everything is very tight. I want to get a good start, catch a good slipstream and get into the leading positions as soon as possible.”