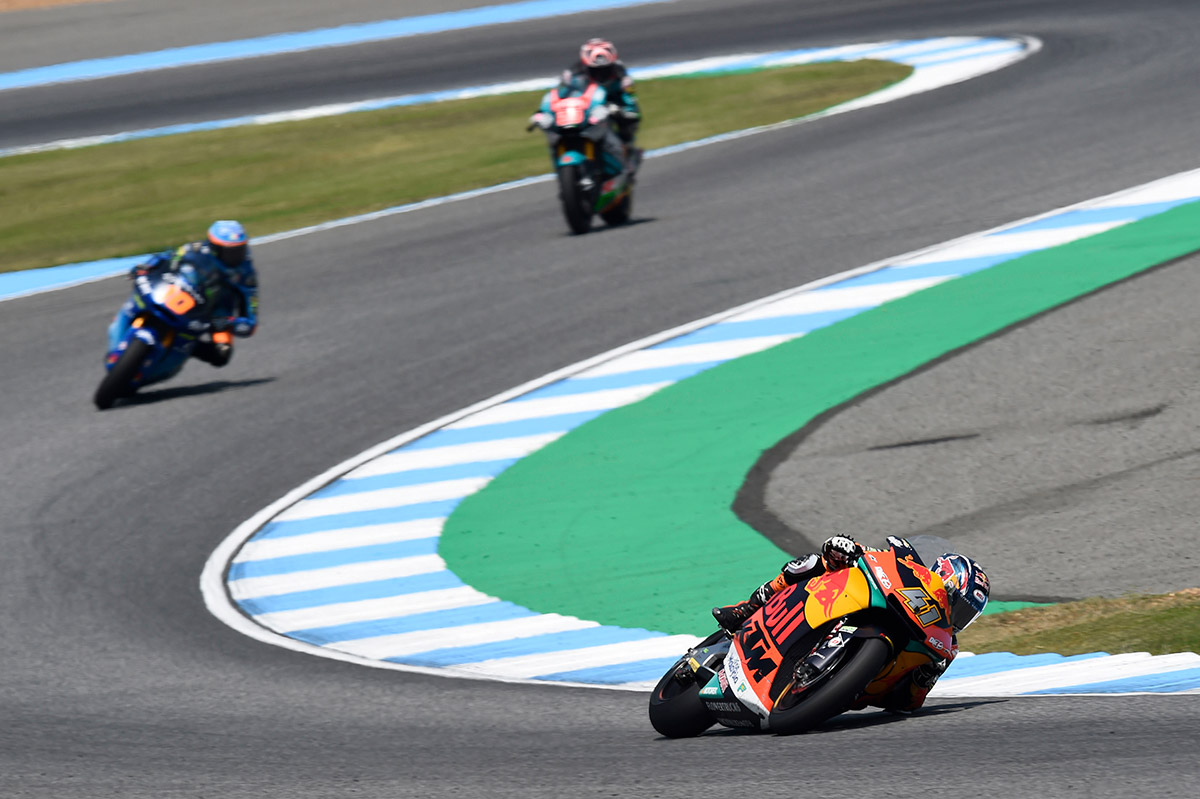 The flyaway rounds of the Moto2 World Championship started off with a good fourth place finish for Brad Binder in today’s Thailand Grand Prix.

The 24-lap contest was very demanding, both physically for the riders and technically for their bikes. Taking off from the third row, Brad made a good start, gaining two positions on the first lap. Both he and teammate Miguel Oliveira escaped with Pecco Bagnaia in the front group, with the Portuguese leading the way until the twelfth lap.

From that moment on, the Red Bull KTM Ajo riders rode together in second and third position until 3 laps remained. The duo would then concede another spot to a rival rider, eventually placing third and fourth.

The next round of the Moto2 World Championship will take place in two weeks’ time at Twin Ring Motegi, Japan.

#41 BRAD BINDER
“I’m not entirely happy with how the race went, because I couldn’t repeat the pace I had set over the weekend. That was a little frustrating. In the end I have to be satisfied, because I had several scares and I was able to save them, even though I would have liked to have placed on the podium; we were very close, which is positive. We learned a lot throughout the weekend. It was a very good GP, although honestly I expected more from the race. It’s time to turn our attention to Japan and continue working hard to achieve a better result.”