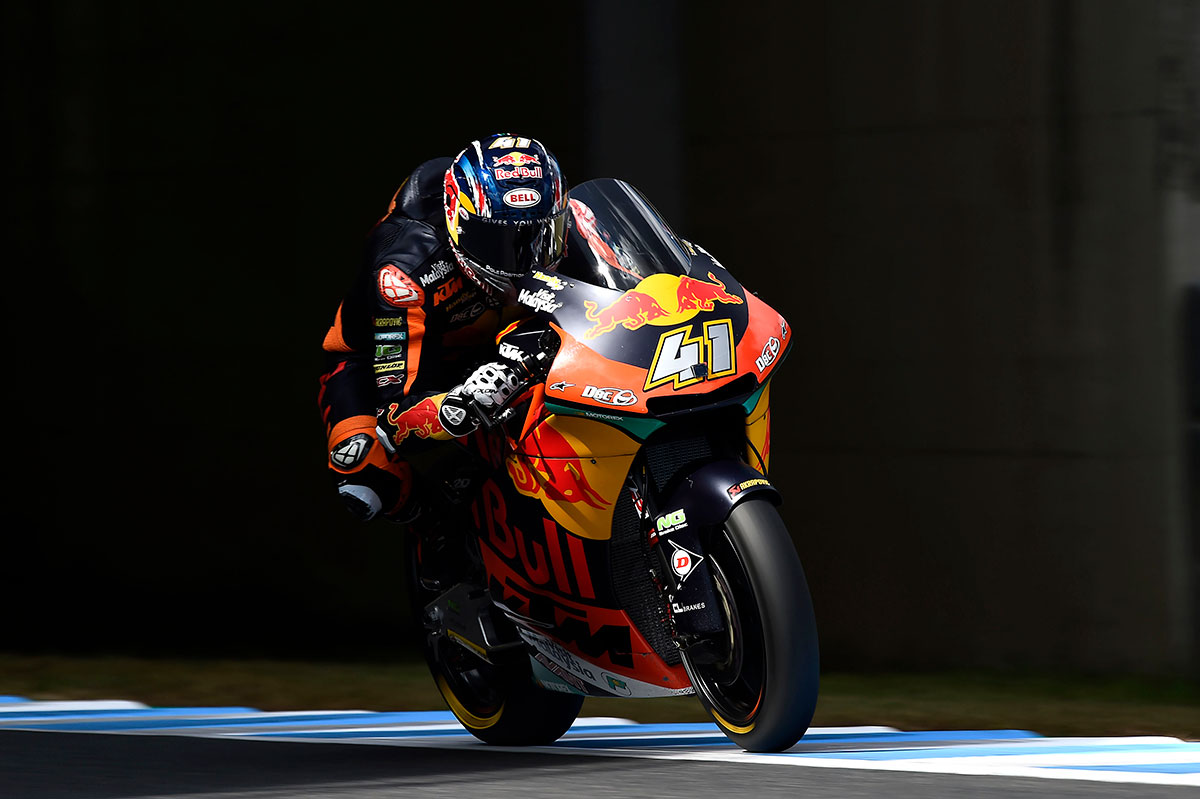 The second day of the Japanese GP weekend ended with a third and fourth row for the Red Bull KTM Ajo Moto2 riders. Brad Binder placed tenth as they made progress in preparation for tomorrow’s race, improving their lap times in each of the sessions.

FP3 was the first time that the Moto2 riders were able to ride in completely dry conditions. This was taken advantage of by the Red Bull KTM Ajo riders to lower their times during the 19 laps they put in. Oliveira improved by more than a second from Friday, to finish fifth on the timesheets with a time of 1:51.698, whilst Binder was fifteenth -1:52.336.

In qualifying, both riders were able to lower their lap times again. However, each one of them had had different strategies. While the Portuguese put in his best lap -1:51.331, ninth- on his first run, the South African linked together two fast laps -1:51.340, tenth- in the final stages. The first 20 riders on the timesheets were separated by just 1 second.

#41 BRAD BINDER
“This morning I didn’t feel comfortable riding. In the afternoon my feeling wasn’t good, but it was a lot better than in FP3. I feel like I’m pushing really hard, but maybe not in the places where I should. Tomorrow we have to give it gas from the start and overtake as many riders as possible on the first few laps. Hopefully the tyres will hold up for us to have a good end to the race.”