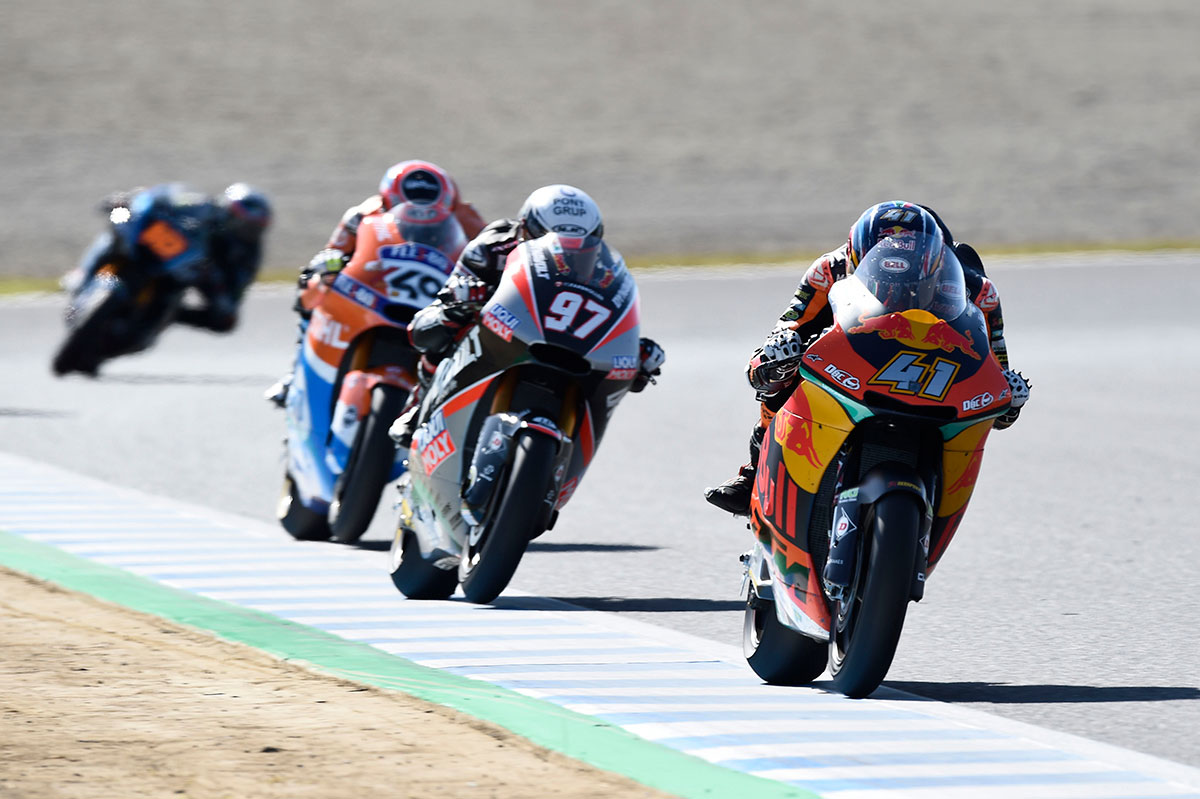 The conditions for the 2018 Japanese GP were in sharp contrast to the wet 2017 edition of the race, and the Moto2 riders enjoyed a dry contest at Twin Ring Motegi this Sunday. Red Bull KTM Ajo riders Miguel Oliveira and Brad Binder made good comebacks to finish in fourth and sixth positions, respectively, and consolidate their second and third positions, respectively, in the overall standings.

Starting from the third and fourth rows, respectively, both Oliveira and Binder got good starts. The Portuguese gained three places, and come the end of the second lap he was up into fifth place. He held the position until 4 laps remained, subsequently passing another rider for fourth.

Brad followed his teammate from Lap 5 onwards, keeping sixth place for all but a single lap from then on. The South African rode a steady race to earn further points for his tally.

The next round of the Moto2 World Championship will be held next week in Australia.

#41 BRAD BINDER
“We were lacking a little something to go faster, but I think we worked well. It hasn’t been easy; we’ve tried a lot of things out, but the team have done a great job to improve lap after lap and I am very happy about their hard work. The end result is not as good as we would have wanted, so we have things to do ahead of Australia. Last year, both at Phillip Island and the rest of the remaining races we performed very well, so I hope to repeat that this season. We will fight to the end.”