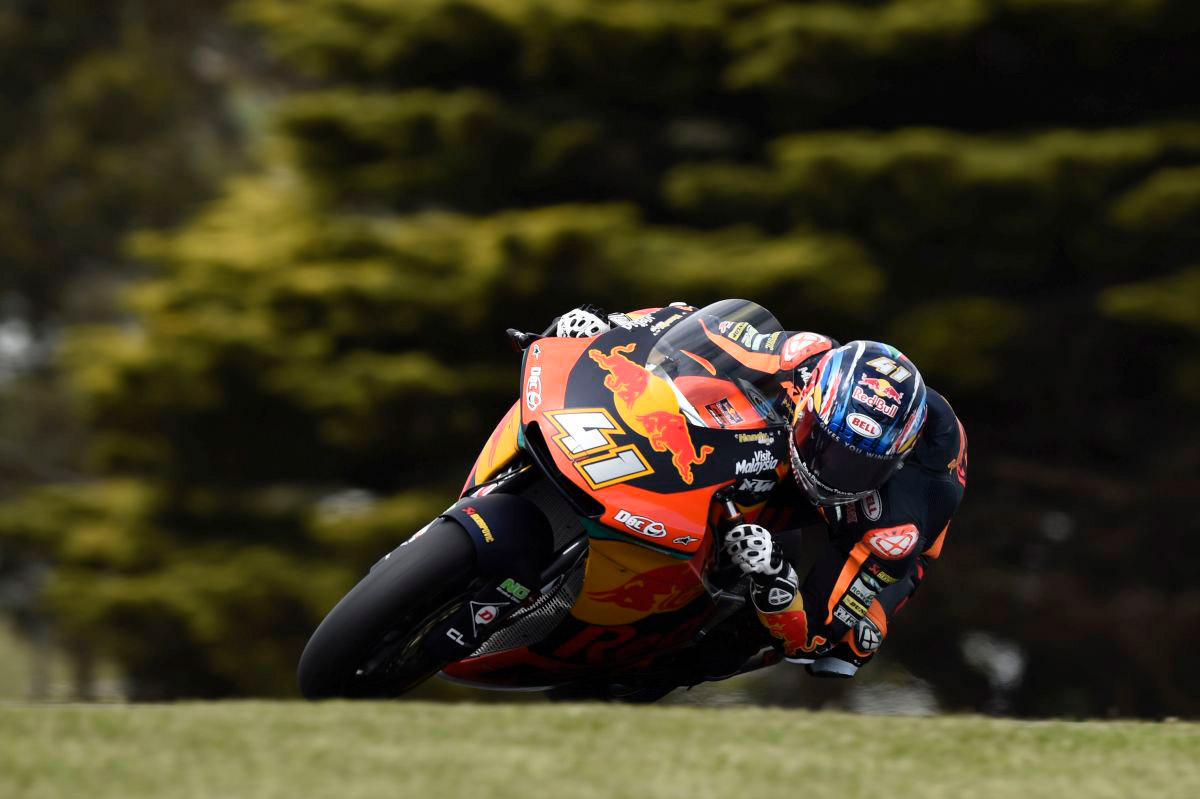 Qualifying for the Australian Grand Prix sees Brad Binder start the race from the second row for the second consecutive year.

A half-damp track at the start of FP3 put a seed of doubt in the Moto2 riders’ minds, and after an initial lap to scout the terrain, both Brad and Miguel returned to the pits for 15 minutes, eventually going back out with slicks. For the remaining half hour of the session, lap times from Friday were not improved. A negative note was a crash for Brad at Turn 8, with 25 minutes remaining on the clock. Fortunately he escaped unscathed, but was not able to go back out on track.

A great job by the team allowed Brad to go out on track in qualifying with his bike repaired. Despite enjoying completely dry conditions, the Red Bull KTM Ajo riders struggled to set good times and climb up the timesheets. Brad took a step forward on his final outing, clocking his fastest time and fighting for pole position until the end, but his 1:33.929 lap puts him fifth on the grid.

#41 BRAD BINDER
“First of all, I want to apologise to the team for my crash in FP3. I should have been more aware of the damp patches on the track. I have to thank all of the Red Bull KTM Ajo team, who helped to get the bike ready for QP. I’m very happy about that. Today was very difficult, because we lacked a lot of grip and I lost confidence with the front end. At the end of the last stint I decided to push hard and see where it took me. I got in some good laps and took fifth position. Tomorrow in the warmup I hope to find more rear grip, so that I can have a good race.”