Third win of the year for Brad Binder in Australia 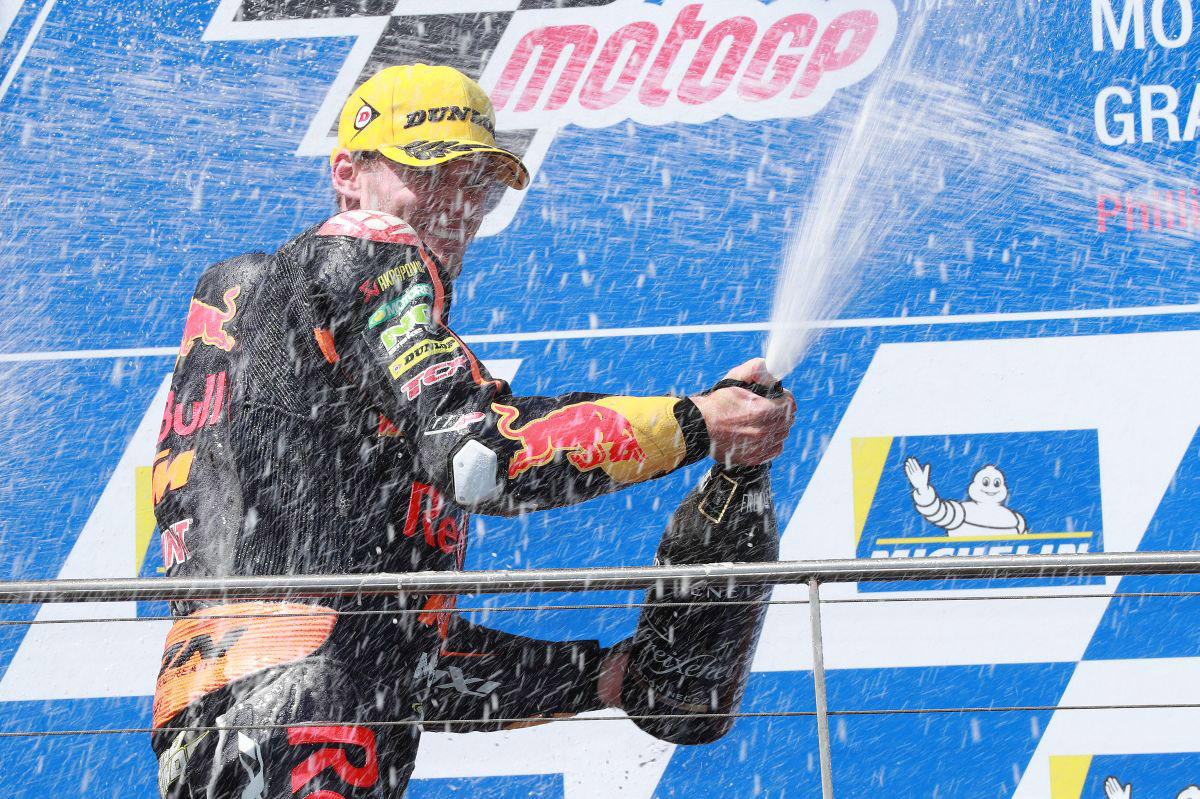 An excellent performance from Brad Binder this Sunday at the Australian GP ended with him achieving his third victory of the season, following on from successes in Germany and Aragon. The South African’s win was the Red Bull KTM Ajo Moto2 team’s second in as many years at Phillip Island, following on from last year’s triumph for Miguel Oliveira.

Brad started from the second row in today’s race, and was ready to go one better than his second place from the 2017 Australian GP. Making a good start, he led the way on Lap 3 and would hold onto it for 10 further laps. Later swallowed up by a group of 7 riders fighting for the podium, it would not be until 2 laps remained that the South African definitively snatched the top spot.

With two races remaining, Brad Binder is third in the overall championship standings with 193 points. Red Bull KTM Ajo remain leaders of the team standings, with a 35-point advantage. The Australian GP podium was the team’s 25th rostrum in their two seasons in Moto2 to date.

The next race will be the penultimate round of the season, and takes place next week in Malaysia.

#41 BRAD BINDER
“It was a crazy race; I thought I was in Moto3! I made a good start, got to the front and tried to break the group, but with 13 laps to go I saw that there was no way to do that. I tried to stay in the group and save something for the end. There were a few scares involving other riders; it was a little crazy, as there were people everywhere. I had planned to take the lead when there were two laps left and I pushed with everything I had. I was able to have a good race and take another victory, so I’m very happy. I thank the team a lot, as after the crash in FP3 I had to ride a completely new bike and it worked wonderfully. I hope that things remain the same in Malaysia.”