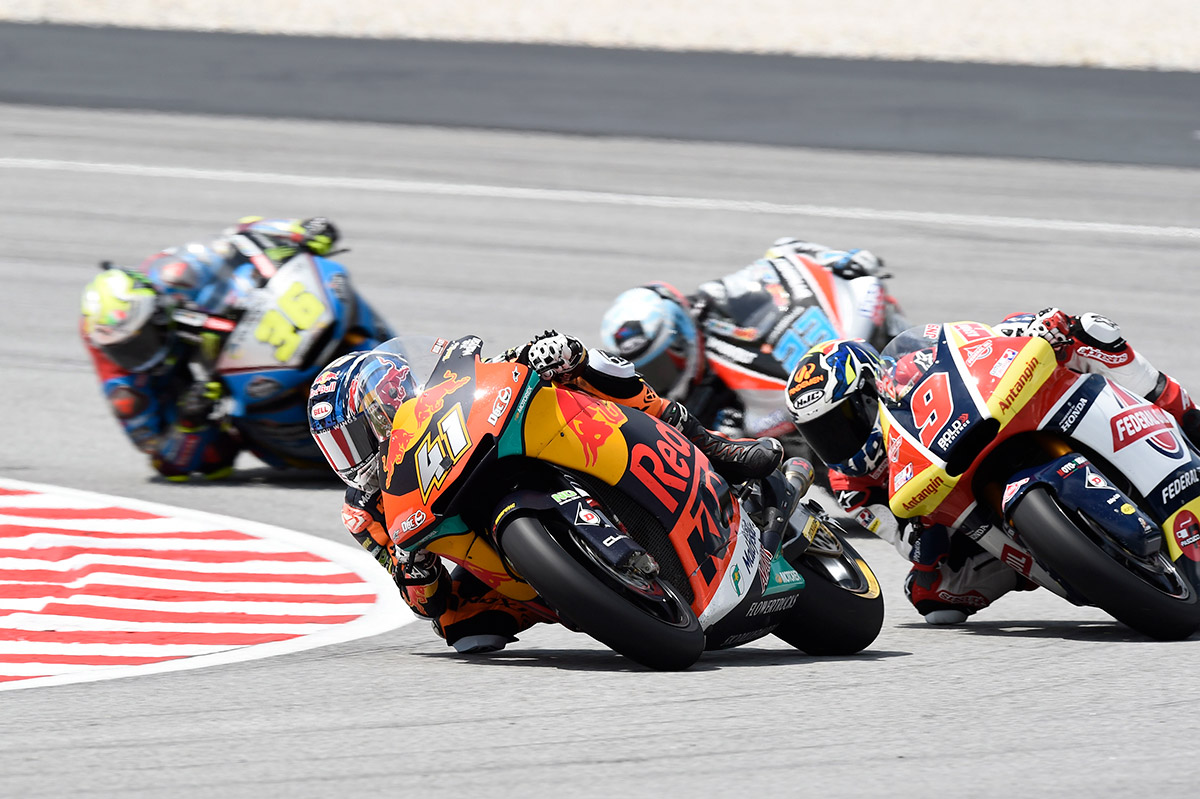 Brad did not have an easy start to the race, dropping to twelfth place on the third lap. The South African never threw in the towel, however, and moved back up the order to finally place eighth –a position he defended for the last 6 laps.

Brad is now assured of third place in the overall championship standings, in which he currently has 201 points. The last goal for him and teammate Miguel Oliveira at the season finale in Valencia is to seal the team title, in which Red Bull KTM Ajo currently lead the way in the standings with a 22 point advantage.

#41 BRAD BINDER
“This was a very hard day for me. On the first lap there was no rear grip and that made me lose some positions. I couldn’t do anything when I opened the throttle, besides try to get the rear wheel back in line. I pushed as much as I could and changed the way I turned in the rear, because if I tried to accelerate at an angle the tyre started spinning and it wouldn’t stop until I put the bike back straight on. I had to ride the bike in a very strange way. I’m disappointed because this is a track that has always been good for me, and I have achieved good results here in the past. The only positive thing from today is that we have consolidated third place in the World Championship.”