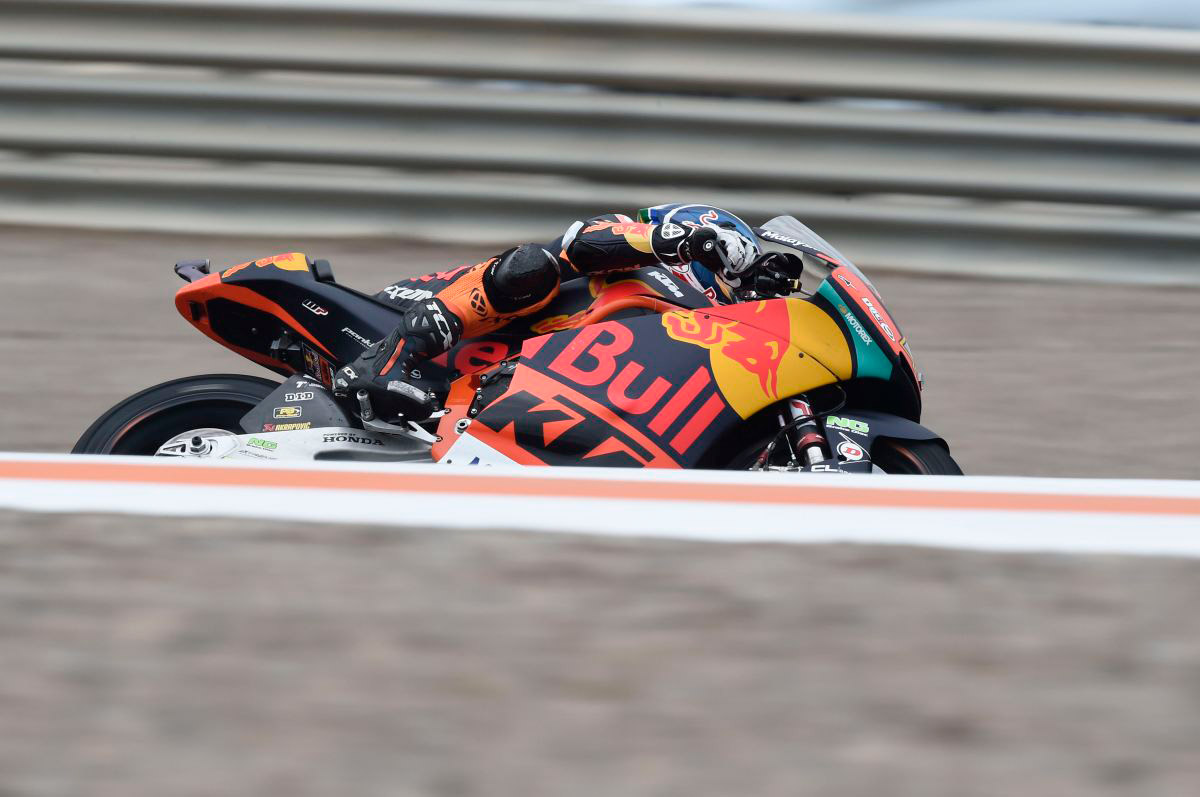 The last qualifying session of the 2018 Moto2 season took place this afternoon at the Ricardo Tormo Circuit. Whilst there was a completely wet track for every Free Practice session, the intermediate class riders were able to run slicks in the session to decide the grid order for Sunday. Miguel Oliveira and Brad Binder took good results, finishing tenth and eleventh, respectively. They will start from the fourth row.

On a track wet due to the rain that fell minutes before the session started, Oliveira remained at the top of the timesheet throughout the Free Practice 3. Finally, the Portuguese rider finished third with a best time of 1:47.734. Like his teammate, Brad also made just a single stop, trying to complete as many laps as possible. On his second outing, the South African rider set his best lap -1:48.584- for nineteenth.

During qualifying, the Red Bull KTM Ajo riders had to adjust to tricky mixed conditions, riding with slicks for the first time this weekend. Oliveira led the way early on, but the qualifying session was hard for him due to the lack of grip. His best lap came on his final lap, and he will start from tenth tomorrow after stopping the clock at 1:36.429. Brad managed to improve his lap times and finally, on his penultimate lap, set a 1:36.464 which places him right next to his teammate on the grid.

The 25-lap Valencia GP will start tomorrow at 12:20pm local time, and Red Bull KTM Ajo will compete for the Moto2 team title.

#41 BRAD BINDER
“Qualifying was the best session of the weekend. We had ridden in the wet during all the practice sessions, and in the dry qualifying session we felt a little better. However, we had some difficulties that did not allow us to place higher on the grid. I am positive about tomorrow’s race; I know we can do a good job no matter what the conditions are like. I really want to do well and give one hundred percent at this last round of 2018.”