Brad looks ahead to 2019 after Valencia DNF 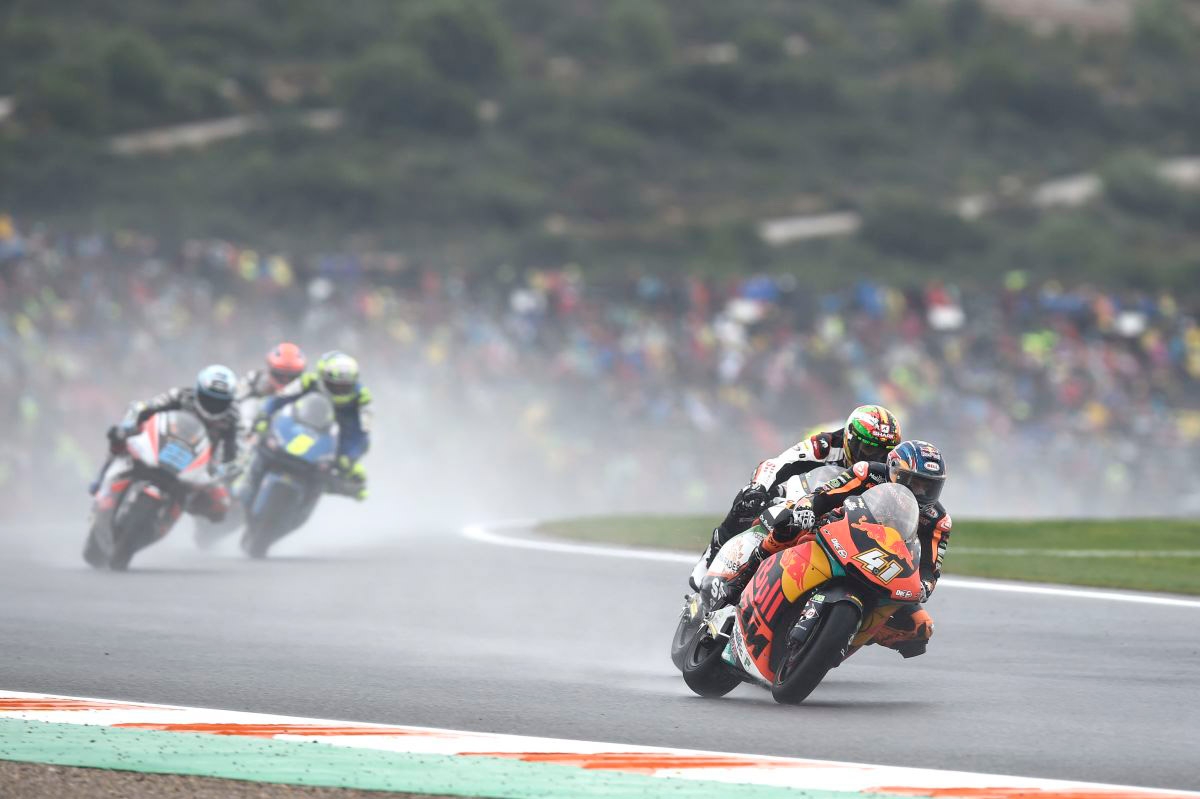 Red Bull KTM Ajo clinched the Moto2 Team World Championship at the final race of the season, thanks to a third win of the season for Miguel Oliveira, whilst sadly Brad Binder, who also ends the campaign with three wins, had a difficult season finale, crashing when in sixth place.

Brad, who started from eleventh position, managed to move up seven places on the first lap. Unfortunately, the South African did not have a good feeling with his tyres in the early stages, and on Lap 3, when battling to get into the Top 5, he crashed and was unable to rejoin the race.

#41 BRAD BINDER
“I was happy with how the race began, after a good start and first lap, but then I noticed something was not right with the tyres. We had already had some problems with the front tyre at the beginning of the weekend. I saw that it was impossible to lean the bike to the right and this made it impossible for me to ride comfortably, until I suffered the crash. In the end I know that I did my best, but it was difficult.
Now it’s time to focus on the tests for next season. I want to thank the team for doing a fantastic job; Despite my result today, the year has been very good and now I hope to continue improving for 2019.”