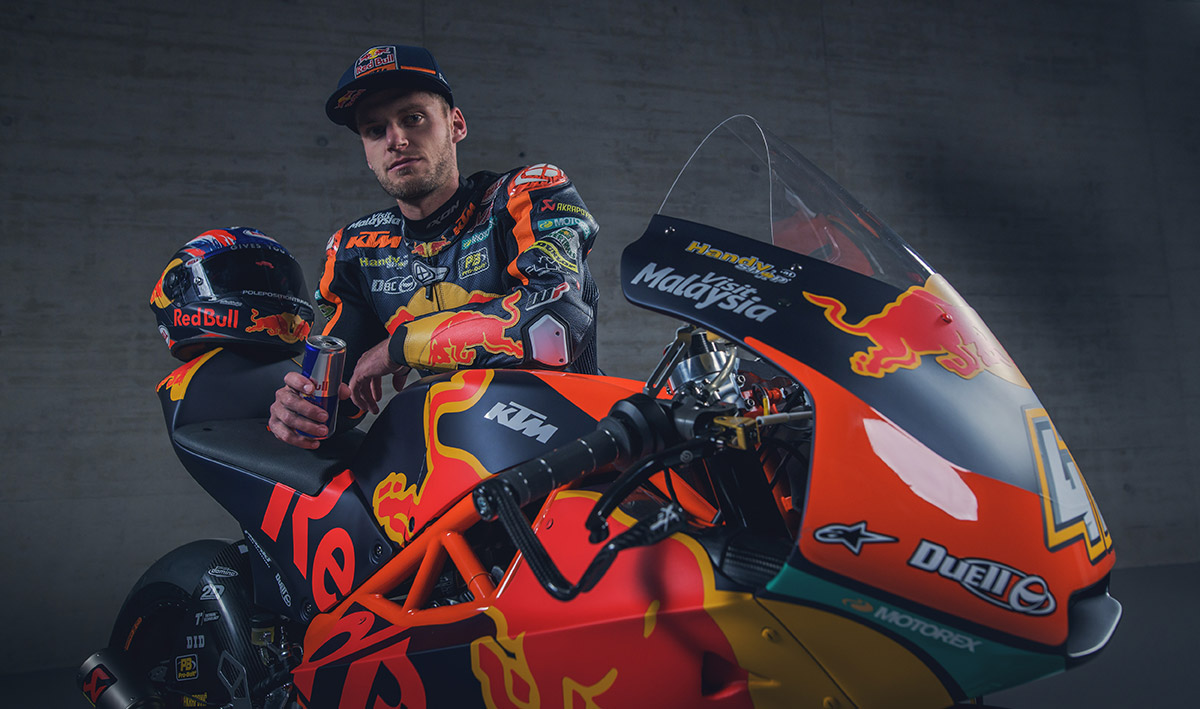 After winning the Moto2 Team World Championship title in 2018, the Red Bull KTM Ajo team today presented its intermediate class project for the 2019 season in Mattighofen, Austria. The new KTM Moto2 bike shared the stage with the Austrian manufacturer’s official riders in Moto3 and MotoGP at the presentation.

This season marks three years since Red Bull KTM Ajo began their journey in the intermediate class. Since then, the relationship between Red Bull, KTM and Ajo Motorsport has been strengthened thanks to the successes they have achieved together, among which is the Moto2 Team World Championship achieved last season through Miguel Oliveira and Brad Binder -second and third in the individual standings, respectively. Red Bull KTM Ajo will look to retain the crown and enjoy further success in 2019.

Brad Binder and teammate Jorge Martin will be back on track on February 18th-19th at the Jerez Circuit-Angel Nieto in a private test. There the two Red Bull KTM Ajo riders will continue working on the development of the new KTM Moto2 machine.

Brad Binder #41
“My objectives for 2019 are clear; I think that this year we have a good opportunity and that, if we work, we can have a great year. This year I will give my all to be very consistent and get on the podium at as many races as possible, whenever I can, I will try to go for the victory. The main thing is to be consistent since the season is very long, we have to be smart and apply everything we have learned over the past two seasons in Moto2.
I can’t wait to get back on the bike. I’ve been working very hard during the winter break to get ready for preseason.”

Aki Ajo – Team Manager
“2019 is a very important year for the entire Red Bull KTM Ajo structure. Our goal is to keep improving day after day. We always talk about achieving higher and higher goals, but I like to think that if we improve every day then we are already fulfilling our work and reaching our goals. Even so, and although I don’t normally like to talk about the fight for the title, we can’t hide the fact that we have a great opportunity this year.
In Moto2, Brad Binder and Jorge Martin are both great talents. As last year we won six races, the goal for 2019 is to achieve similar results. As I always say, we want to get better race after race.”