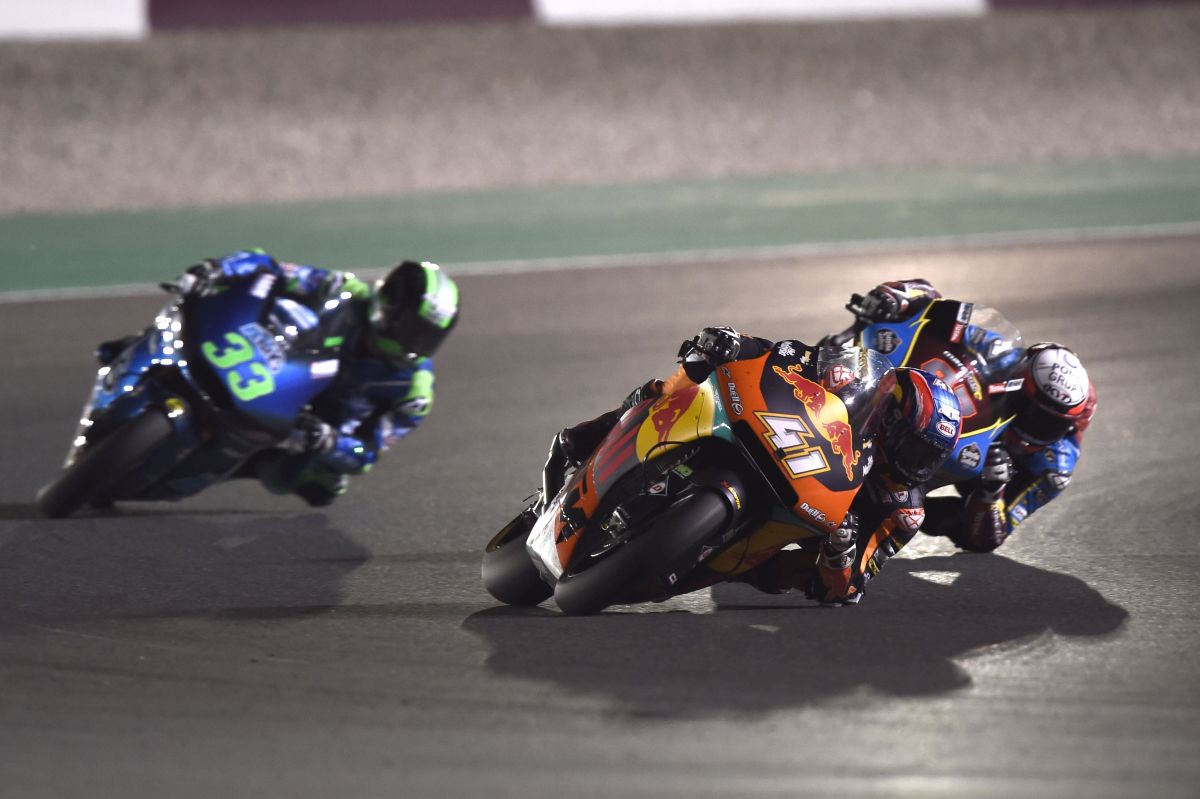 The Red Bull KTM Ajo riders got the 2019 Moto2 World Championship underway with a tricky race under the floodlights of the Losail International Circuit – Brad Binder ended the contest in 12th place.

Brad, who took off from eighth on the grid, had a great start and was up as high as fourth, before some rear-end issues on Lap 9 -when he was riding in the front group- made him lose first a single place and then four more on the next lap. The Red Bull KTM Ajo rider was part of a large group that featured countless overtakes, and would eventually cross the line in 12th.

The second round of the 2019 Moto2 World Championship will be held in Argentina from March 29th-31st.

#41 BRAD BINDER
“Today was a tough day. I was able to make a good start and during the first three laps I was riding very hard, but from there I started to have some issues with the rear end. On the final laps the tyre had gone off and it was very difficult to stay upright when cornering, so I concentrated on finishing the race in the best possible way. The important thing is that we have managed to pick up some points; I’m looking forward to the next race in Argentina, since it is a track that I really like.”