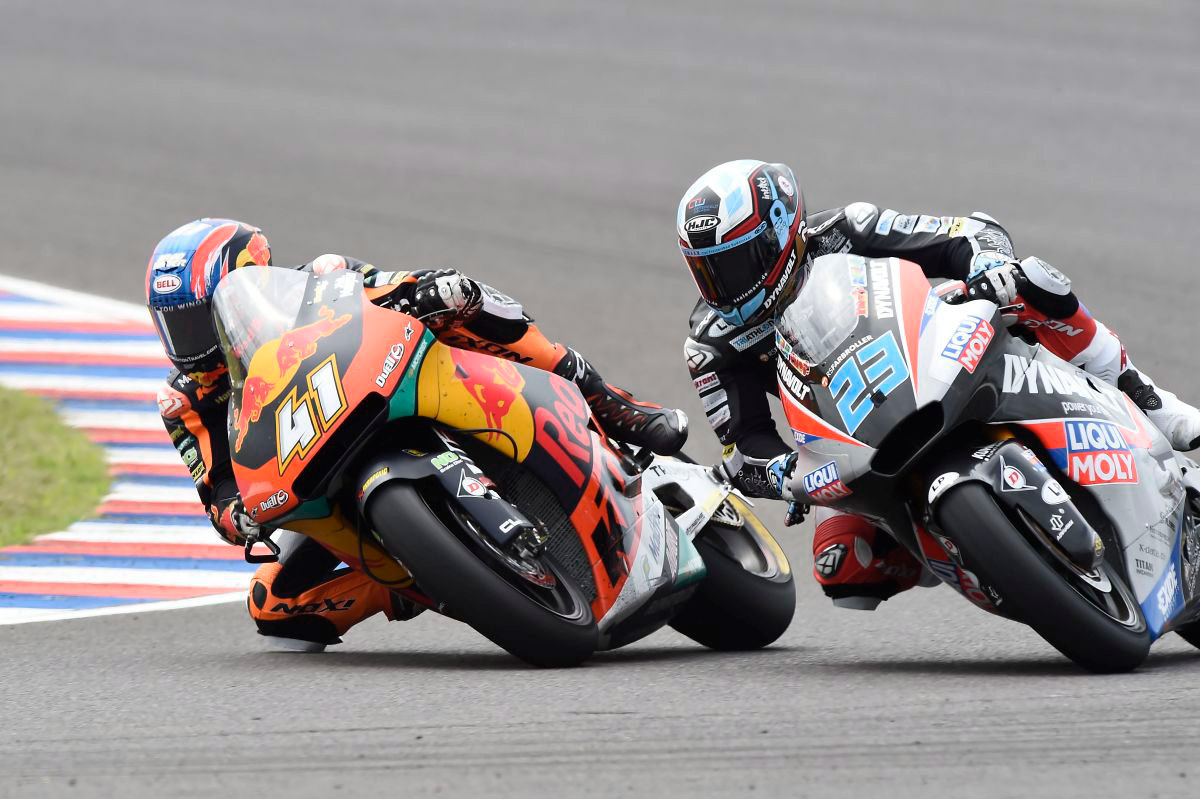 Red Bull KTM Ajo Moto2 rider Brad Binder was able to take fifth place in the second race of the 2019 season, held at Termas de Rio Hondo this weekend, but Race Direction would later sanction him with a penalty for some manoeuvres that were deemed unsafe and he was dropped down to sixth.

Brad, who started from the second row of the grid, dropped three positions at the start, completing the first lap in ninth place. However, the South African was quick to get on the pace, and on Lap 8 he reached the Top 5. With 7 laps remaining, the Red Bull KTM Ajo rider gave chase to the leading group and after some intense final laps, featuring many overtaking moves, Brad crossed the finish line fifth. His penalty meant that he would instead be awarded sixth.

Brad is now 7th in the overall standings, with teammate Jorge Martín 21th. The Red Bull KTM Ajo Moto2 riders will return to action from April 12-14th at Red Bull GP of The Americas, to be held in Austin, USA.

#41 BRAD BINDER
“We worked very hard throughout the weekend and we have continued to take steps forward. Although we still had issues at some points, we took things in the right direction. In the race I was doing well, but I also made a few small mistakes. We need to be more relaxed. I’m looking forward to the next race in Austin. It’s a good track and I’m going to give my best to keep moving forward.”