Fifth on the Americas grid for Brad Binder 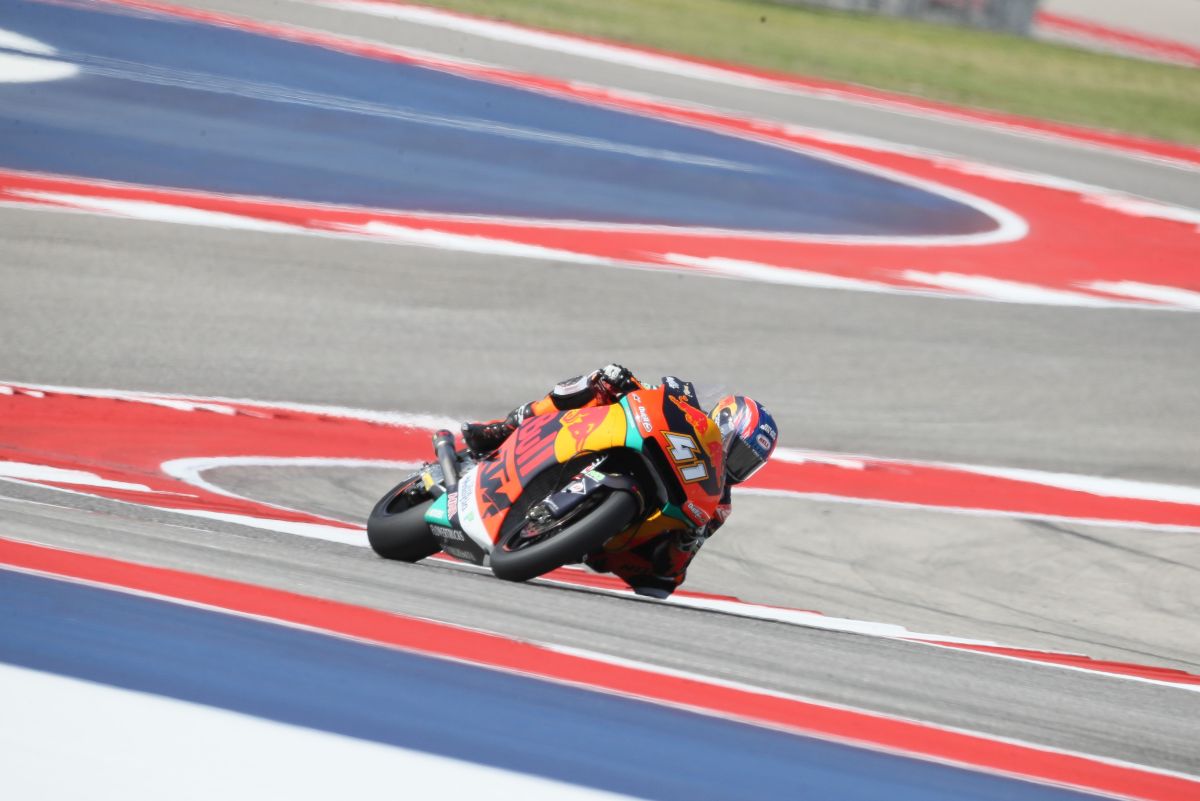 Heavy rain at the Circuit of The Americas forced the cancellation of FP3 for the Moto2 riders, but the Red Bull KTM Ajo duo, Brad Binder and Jorge Martin, were able to make it into Q2 via a determined effort in Q1.

The South African will start from 5th place on Sunday at the Red Bull Grand Prix of The Americas, with his teammate in 8th.

Q1 would be the Red Bull KTM Ajo Moto2 riders’ first session on Saturday, and would take place in dry conditions after the rain cleared – with Brad in third position, both riders making the cut for Q2.

The South African led the way at the beginning of the session and remained there for much of the second qualifying practice. The Red Bull KTM Ajo rider was fifth, stopping the clock at 2:11.276 and lowering his time from Friday by 4 tenths.

The 18-lap Moto2 race will start at 12.20pm local time. Last year, the Red Bull KTM Ajo Moto2 team managed to get on the podium at the Texan track thanks to a third place for Miguel Oliveira.

#41 BRAD BINDER
“Today was a tough day in general. After not being able to ride in FP3, we still had some issues in Q1. However, starting from fifth position on the grid is something positive for the race. I feel that we still need to make some changes that will allow me to be more comfortable on the bike. The important thing is that in both sessions today I learned a lot and tomorrow I will put all this knowledge into practice. I want to thank the team for the hard work they have done.”