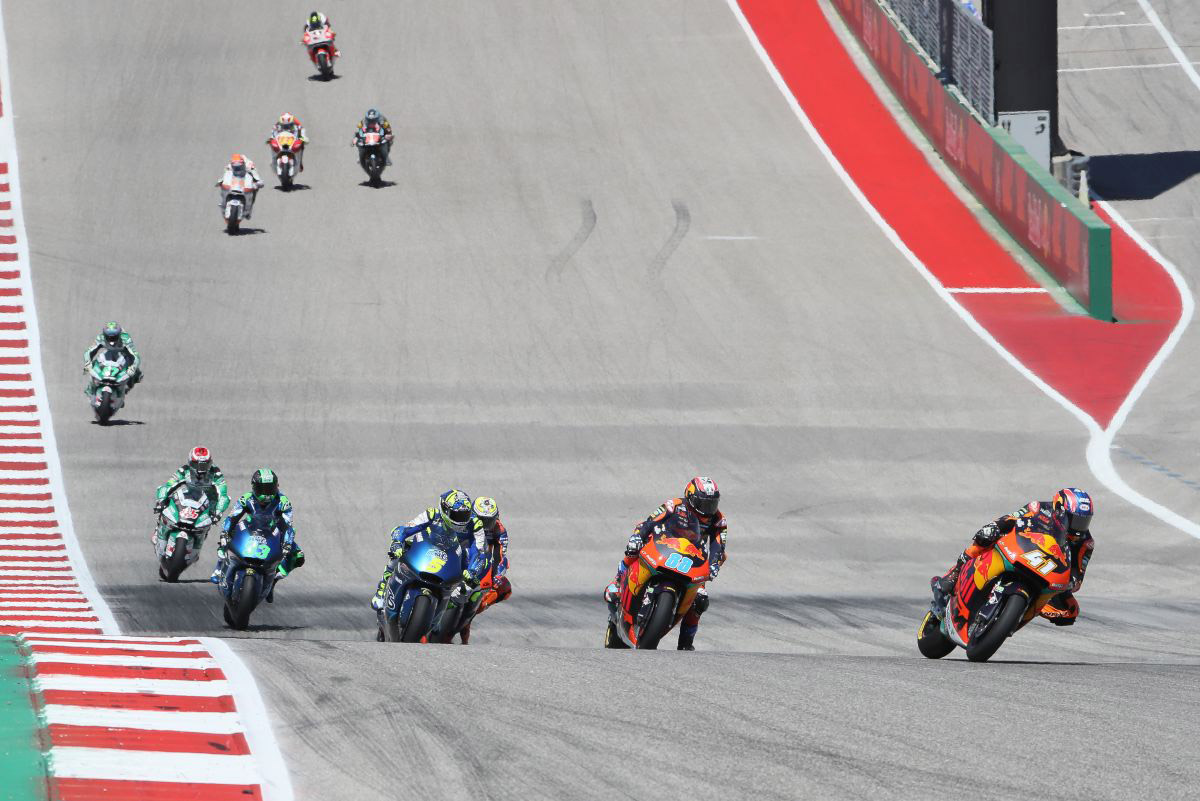 Brad Binder did not get the opportunity to maximise his potential in Sunday’s Moto2 Grand Prix of the Americas in Austin, Texas, after a clutch problem forced him back to last place. The South African had no option but to return to the garage and pull out of the remainder of the race.

The Red Bull KTM Ajo Moto2 team now turns its attention to the next round of the Moto2 World Championship – the Red Bull Spanish Grand Prix on 3rd-5th May at Jerez.

#41 BRAD BINDER
“What we can take away from this weekend is that I felt good on the bike and was comfortable with it. Things were looking pretty good before the race but unfortunately I had a problem with the clutch and I had to retire. It wasn’t a nice situation because the whole team were hoping for more out of this Grand Prix, after the great job they have done. But in the end we have to take the positives out of every situation; we have improved in some areas and we will give it our best shot again in the next race.”