Brad tops the timesheets on day one at Le Mans 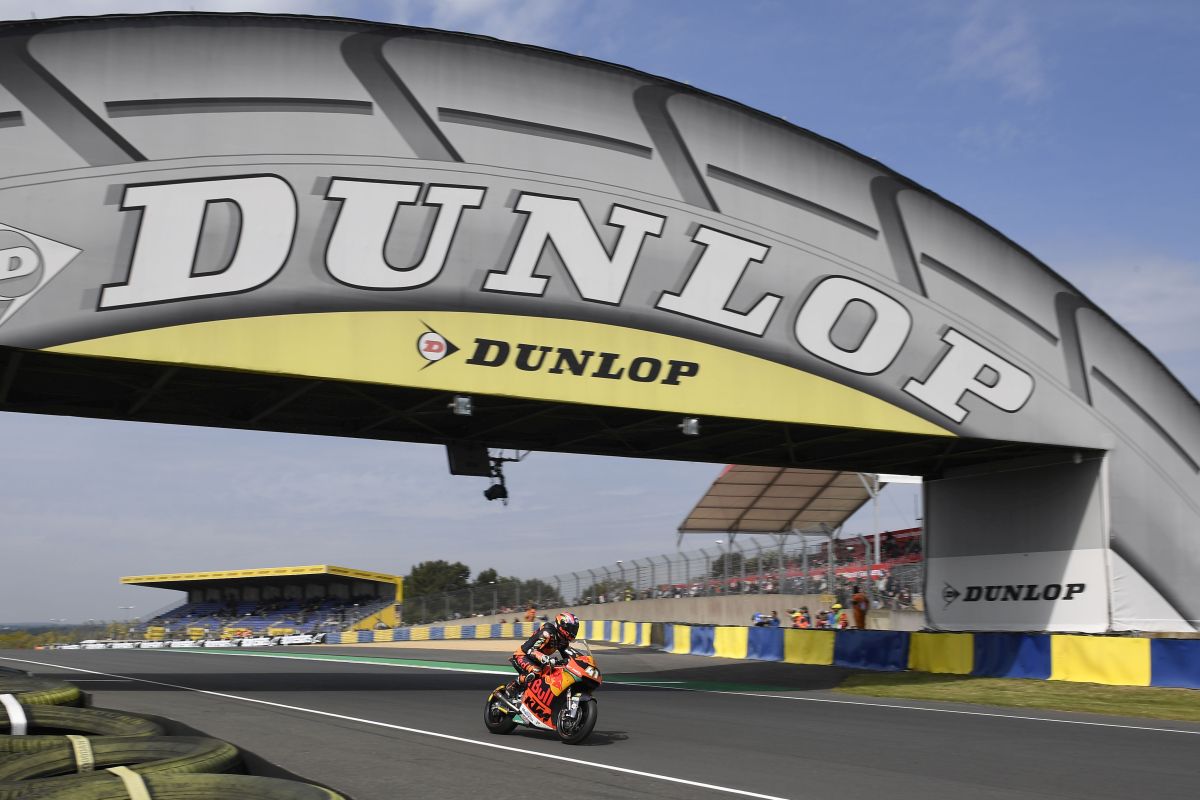 The French Grand Prix action commenced today at the legendary Le Mans Circuit with the first two free practice sessions. The Red Bull KTM Ajo Moto2 team were in good form, with Brad Binder the fastest rider on the combined FP1 and FP2 timesheets, whilst Jorge Martin was 13th. Both riders are provisionally classified for Q2 tomorrow.

The South African rider was on top during the early part of FP1, which took place in dry conditions. On lap 16 of 17, he notched his personal best of 1:37.110 – which was just two tenths of a second off the fastest time – and finished the session third. His teammate, Jorge Martin, completed 17 laps and concluded 12th, with a 1:37.450.

In the afternoon, Brad confirmed his good feeling, leading from the start of the session and lowering his morning time. The Red Bull KTM Ajo rider ultimately recorded the best time of FP2 and the day overall with his last attempt – 1:36.551.

#41 BRAD BINDER
“I am very happy because KTM upgrades have arrived and I felt much more comfortable. We’ve made gains with some points on the bike but we have also lost a bit in other aspects. It is important to stay clever now, keep pushing and make the best of it, in all the areas we can. I am satisfied with the work we’ve done, as it’s the best Friday of the season so far and I’m looking forward to tomorrow. I hope the conditions stay dry, even though it looks like we might have to deal with a couple of rainy days ahead.”