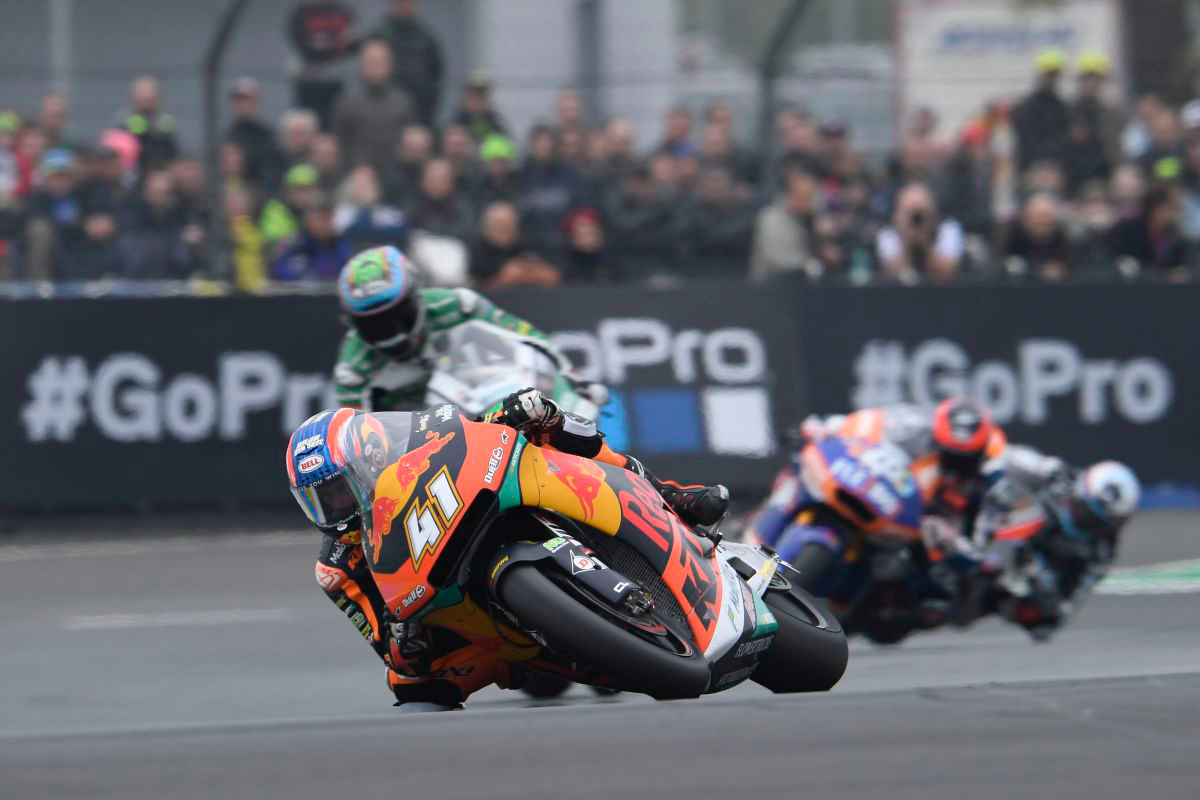 There were mixed fortunes for the Red Bull KTM Ajo Moto2 team at the French Grand Prix, which was held at the legendary Le Mans Circuit today. Brad Binder achieved his best result of the season with a well-earned fourth place.

The South African rider made a great start, moving up three positions to fifth and joining the front group. As the race went by, Brad lost contact with the leaders and held his ground, riding alone. Over two perfect last laps, he hunted down the rider in fourth place and crossed the finish line in that position.

Courtesy of today’s result, Brad is now eighth in the Moto2 standings, while teammate Jorge Martin sits in 26th. The next round of the World Championship, the sixth Grand Prix of the season, will take place in Italy, at the Autodromo Internazionale del Mugello, from 31st May to 2nd June.

#41 BRAD BINDER
“It was a tough race for me. Every time I opened gas on corner exit I had a little scare. So I tried to stay calm and get the best possible result at the end of the race. I know we’ve worked really hard this Grand Prix. Next week, we have a test in Barcelona and I hope we can solve the issues we have with the rear end of the bike. I have to thank the team and KTM because everyone is working hard and that is very positive. We have to continue this way and I’m sure that even better results will come soon.”