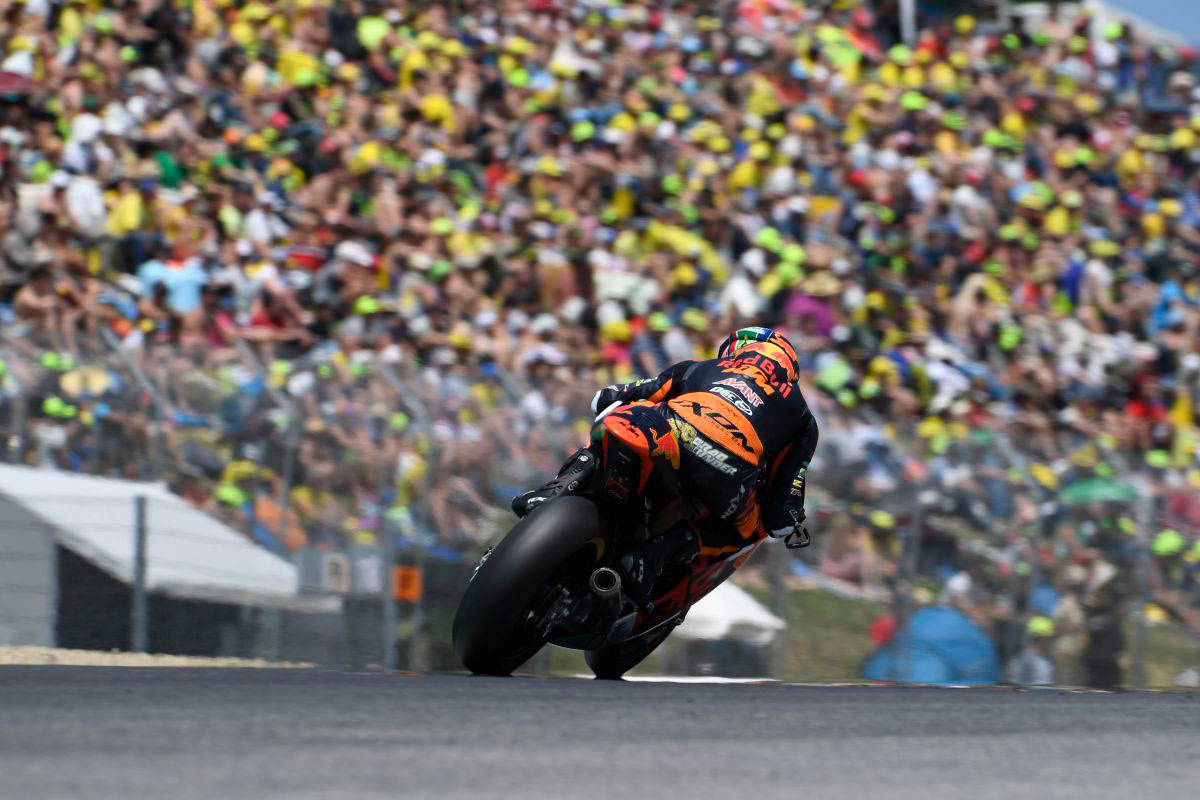 The sixth race of the 2019 season in the Moto2 World Championship saw the Red Bull KTM Ajo do battle at the challenging Mugello track. Brad Binder and teammate Jorge Martin gave it their all right the way through, with the team working hard all weekend, concluding a tough Italian Grand Prix with the South African in 15th position and the Spaniard in 16th.

At the start of the race, Brad made up six positions to place himself just behind teammate Martin. The Red Bull KTM Ajo duo consolidated their placements in the middle of the pack, with plenty of jostling going in their group, in the hunt for points. As the race went on, the South African moved ahead of his colleague, with the pair eventually finishing in 15th and 16th respectively, separated by just 0.081s.

At the conclusion of the Italian Grand Prix, Brad sits 10th overall in the Moto2 World Championship standings with 39 points. The next round will see the Red Bull KTM Ajo Moto2 riders head for the Barcelona-Catalunya Circuit, over the 14th-16th June weekend.

#41 BRAD BINDER
“I’m not happy with how the weekend went. Both the team and I give it our best and worked very hard throughout the Grand Prix. We carried out a lot of tests and made many changes, but it wasn’t enough to put us on the right path. It was a difficult race, but at least I can say I gave it my all. Now we have to move on and get stronger. What I’ll take with me from this weekend as a positive is the great effort we have put in.”