Sunday comeback for Brad Binder at the Catalan GP 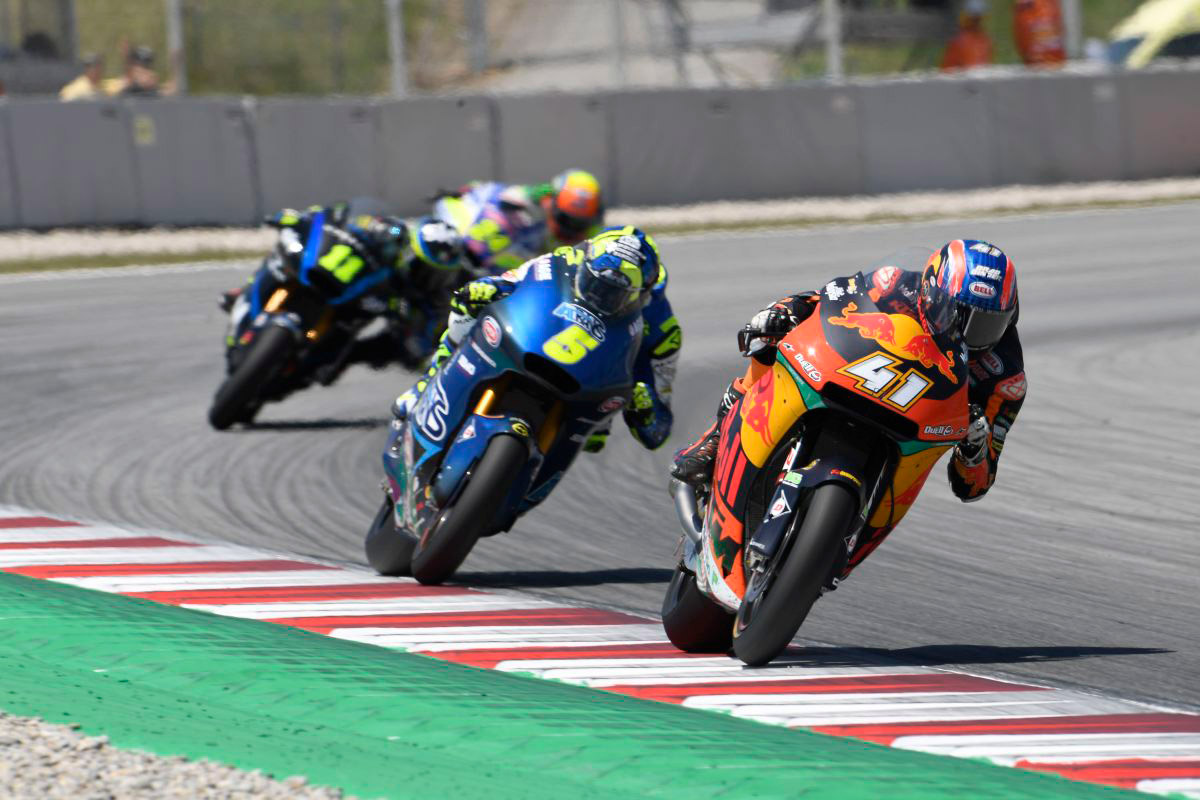 It was a noteworthy race for the Red Bull KTM Ajo Moto2 riders at the Catalan Grand Prix, which took place on Sunday at the Barcelona-Catalunya Circuit. Brad Binder and teammate Jorge Martin both produced solid performances, concluding the contest in 11th and 15th, respectively. The team continue to take steps forward and score valuable World Championship points.

Brad, who took off from 19th on the grid, did a spectacular start as he made up 10 places. The South African consolidated his position in the middle of the pack, leading a group of four racers. Finally, the Red Bull KTM Ajo rider crossed the finish line in a positive 11th position.

Following the Barcelona race Brad sits ninth in the championship, with 44 points. The Red Bull KTM Ajo duo have an important test ahead of them at the Barcelona-Catalunya Circuit this upcoming week. On the other hand, the next round of the World Championship is the Dutch GP, which will be held at the Assen Circuit from 28th to 30th June.

#41 BRAD BINDER
“It was a tough race, we made a step forward thanks to a great start but we still aren’t where we should be. The team and I tried our best throughout the weekend and in the end we’ve kept on adding more points. I hope that in the test next week we can find the solution to our problems; I know that, when we’ll do it, we’ll be back in front.”