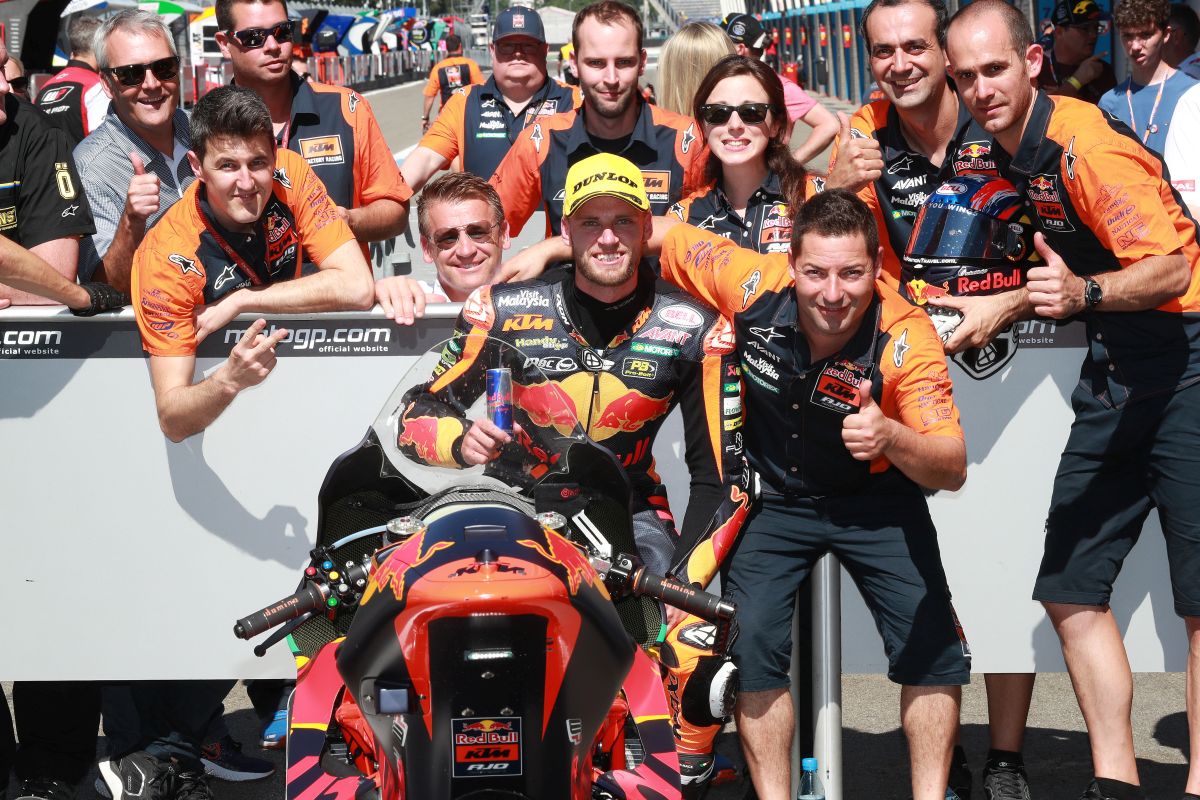 After a positive opening day at the Dutch GP yesterday, the Red Bull KTM Ajo Moto2 team confirmed an unwavering performance in qualifying today at the TT Circuit Assen. Brad Binder had his best Saturday of the current season and will start from second position on the grid tomorrow.

Brad started Saturday in fine form, topping the timesheets in the early stages of FP3. The South African was one of the riders to put in the most laps – 20 -, as he focused on tuning the set-up of his bike. Finally, he ended the practice session 12th – 1:37.480.

The combined times from the three free practices put the Red Bull KTM Ajo Moto2 pair directly into Q2. Brad went top at the beginning of qualifying, holding onto that position for most of the session. Only one rider, Remy Gardner, was able to beat his time right at the end of Q2, and the South African will start in second on Sunday, thanks to a personal best of 1:36.682.

#41 BRAD BINDER
“Today was a great day, it’s been a while since we were so high up in qualifying. I’m happy because it’s been a positive weekend so far, much better than the previous rounds. I want to thank the whole team and KTM for all their work, I think we’re going in the right direction. There is still a lot to do but now we are much closer. I’m really looking forward to the race getting started tomorrow; I want to see if we can take advantage of this good result in qualifying and push for a positive position in the race. Tomorrow morning we’ll try to finish tuning the set-up of the bike in order to be 100% prepared and to be able to give it our best.”