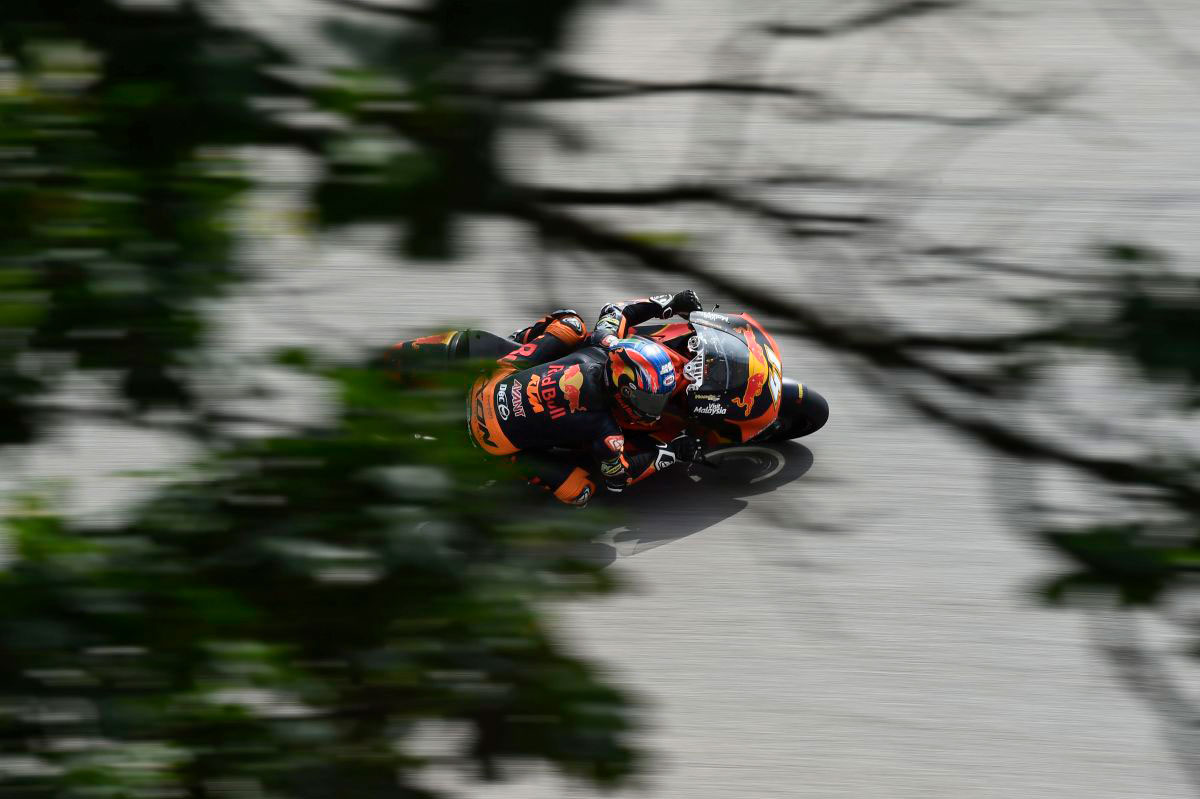 The starting grid for the Moto2 race at the German GP was contested today at Sachsenring. Brad Binder and Jorge Martin went straight into Q2 after finishing first and seventh, respectively, in FP3. In the 15 minute qualifying session later in the day Brad ended up in 17th on the grid, after an unfortunate crash which prevented him from finishing the practice.

The South African kicked off the day by continuing his productive work from yesterday, leading the way in the last free session. Brad was at the top from the start through to the conclusion of FP3, clocking his personal best on his penultimate lap – of 23 undertaken in total -, with a superb 1:23.876.

The Red Bull KTM Ajo pair went straight into Q2, where they experienced mixed fortunes. Martin, who made steady progress, recorded his best lap of the weekend with 1:23.868, which places him in seventh position on the starting grid. Brad, on the other hand, began the Q2 in a convincing fashion, putting himself in the mix for pole position and setting an initial 1:24.353. Unfortunately, he suffered a crash at Turn 3 with seven minutes remaining and was therefore unable to improve on his time.

The 28 lap Moto2 race at the German Grand Prix starts tomorrow at 12:20 pm local time, with the Red Bull KTM Ajo team eager to repeat the performance from the past weekend at Assen.

#41 BRAD BINDER
“It was a very unfortunate crash, because in FP3 we did a good job and we had the chance to get a front position on the grid. In the morning I felt fine. In Q2, however, the traffic prevented me from pushing harder in the first few laps. When I was finally able to start riding at my full pace I lost the front end in Turn 3 and unfortunately the bike was too damaged to go back out on track. Luckily tomorrow we still have the warm up, there is a lot of work to be done, but we are going to give it our best shot to depart from Germany with a great ending.”