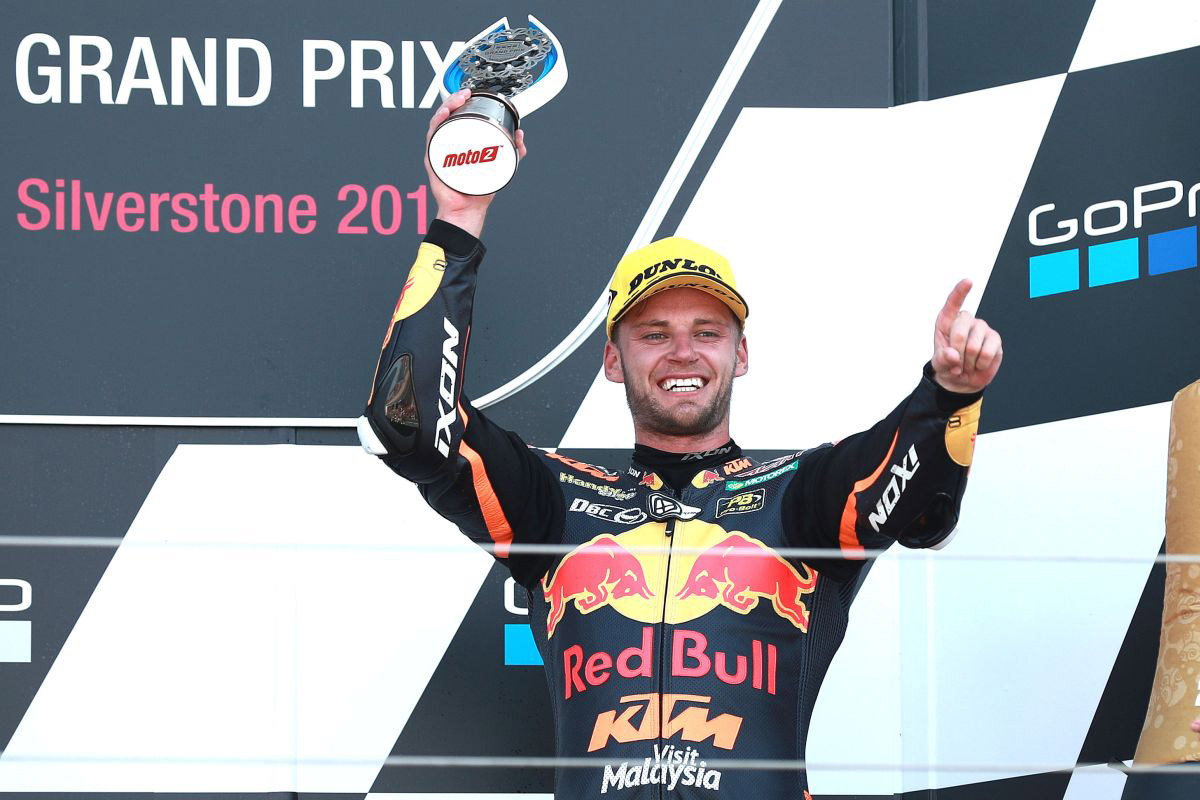 Brad, who got away from eighth on the grid, made a fast start to move up four positions on the first lap. The South African maintained a consistent pace and by the halfway point he was leading the race. After a tough battle in a group of four riders, the Red Bull KTM Ajo Moto2 man ultimately crossed the line third, moving up to fifth in the championship, with 125 points.

The next race for the Red Bull KTM Ajo Moto2 team is the San Marino GP, which will be held at the Misano World Circuit – Marco Simoncelli from 13th-15th September.

#41 BRAD BINDER
“That was one of the toughest races I’ve ever had in my life. I battled from the beginning right to the end. Things got harder in the last 7 or 8 laps, but I’m very happy with the way it finished. The team did a great job throughout the weekend, as we were struggling in free practice. This is the fourth podium in the last five contests and that shows that we are starting to be strong at every Grand Prix. The main thing is that we have found something that helps me maintain the same level until the end of the race. We have to keep pushing very hard for the rest of the season.”