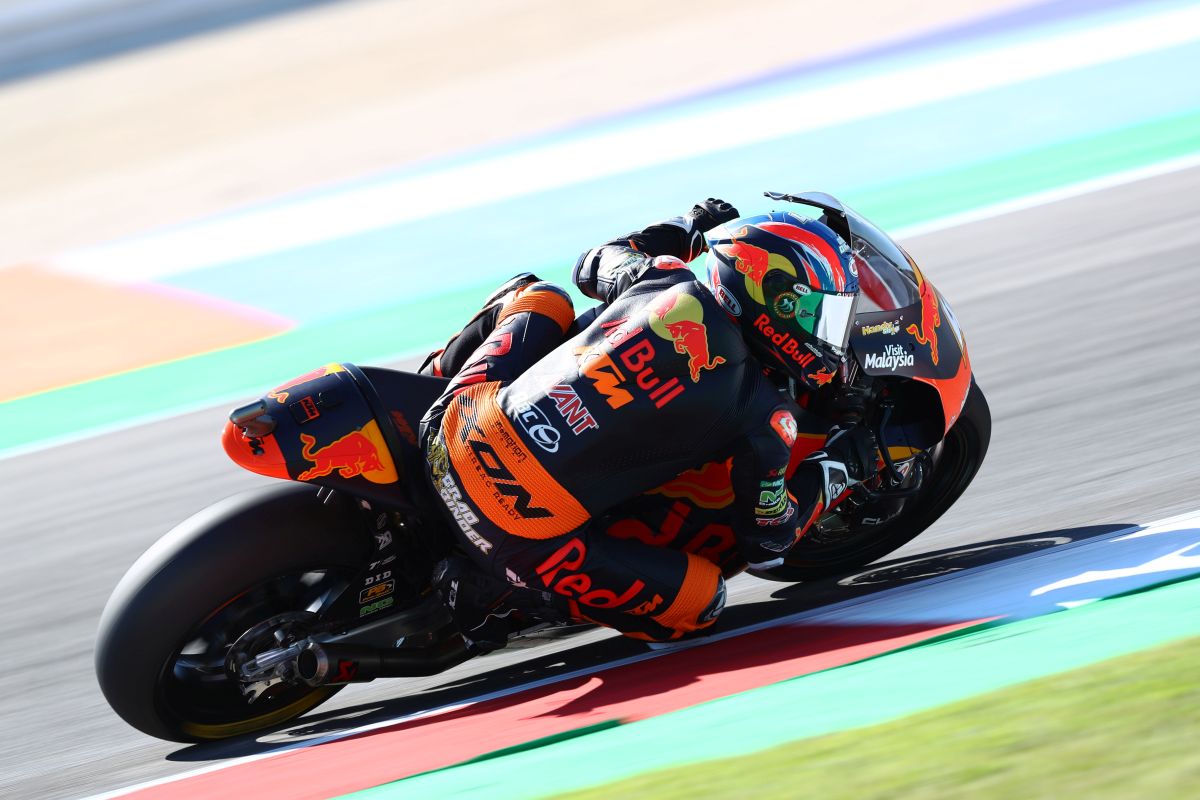 The Red Bull KTM Ajo Moto2 team continued their hard work in qualifying at the San Marino Grand Prix, with their efforts paying off as Brad Binder and Jorge Martin both improved on their Friday times. The South African and the Spaniard will both start the 13th race of the 2019 season from the sixth row of the grid.

Brad took a noticeable step forward in the final free practice of the weekend, beating his best Friday time by almost a second. The South African rider made consistent progress throughout the session, notching his personal best – 1:38.266 – on the last lap of a total of 17, to finish ninth.

Thanks to his Saturday time, Brad went straight into Q2, where he produced his personal best of the weekend – 1:38.211 – to qualify 16th on the starting grid for the San Marino GP.

#41 BRAD BINDER
“We worked hard but we didn’t improve as much as we’d hoped to. We wanted to get a good qualifying position on the grid for tomorrow, but unfortunately in the QP I wasn’t able to ride comfortably. I did my best, but I was close to crashing a few times, though finally I was able to get through the session. We still have a lot to do however I think we can solve everything and try to put in a good performance in the race.”