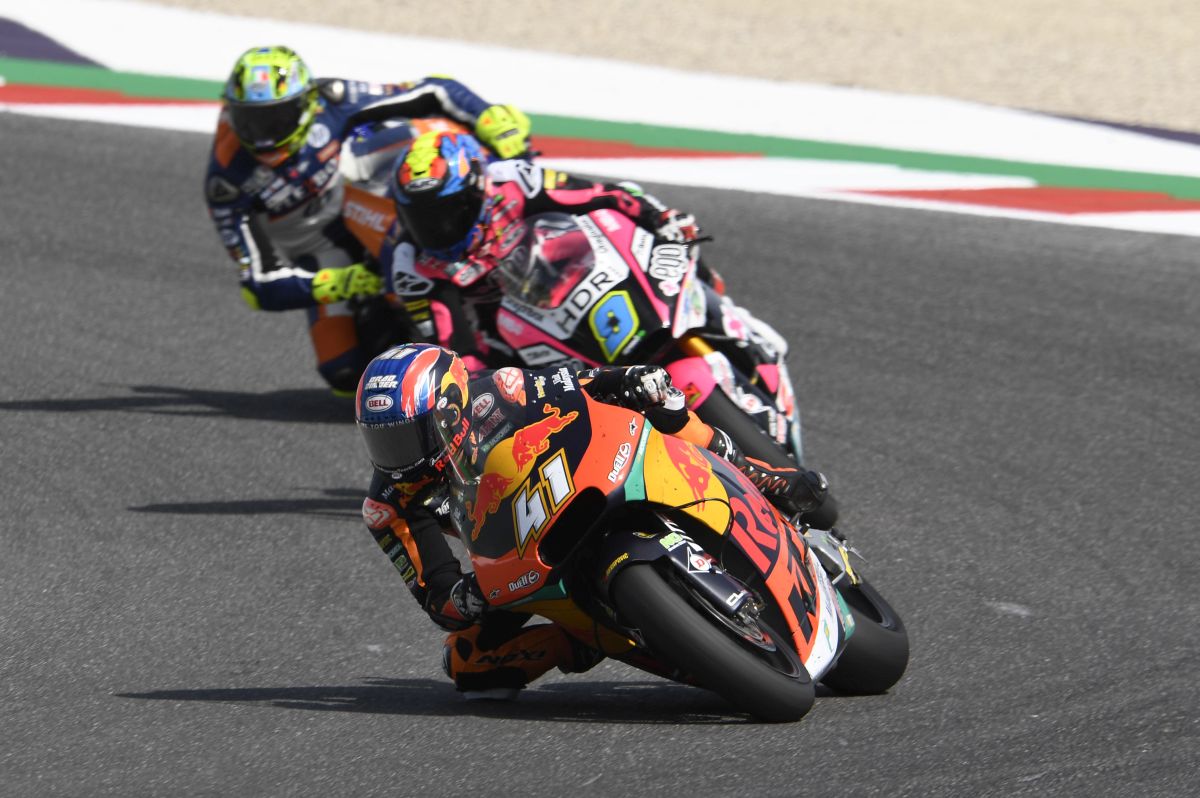 The 13th World Championship round of 2019 saw the Red Bull KTM Ajo Moto2 team pushing to improve in every session, with their hard work paying dividends in the race as both their riders produced strong comebacks – Brad Binder making up 10 positions to finish in a creditable sixth place.

The South African made a great start from the sixth row, which saw him move up from his grid position of 16th to 13th place by the end of the first lap. Thanks to his consistent pace, the Red Bull KTM Ajo Moto2 rider produced a solid comeback, continually moving through the field to eventually get up to sixth place on the last part of the race. As the San Marino Grand Prix concludes, Brad retains fifth place overall in the World Championship, with 135 points.

The next challenge is the Aragon GP, which takes place next weekend (20th-22nd September), at MotorLand Aragon.

#41 BRAD BINDER
“It was a tough race. In general, we found it hard throughout the weekend. The team did the best job possible, but we just didn’t find that extra little bit that would have allowed us to fight for the podium. We gave it the maximum effort and now it’s time to think about the next Grand Prix.”